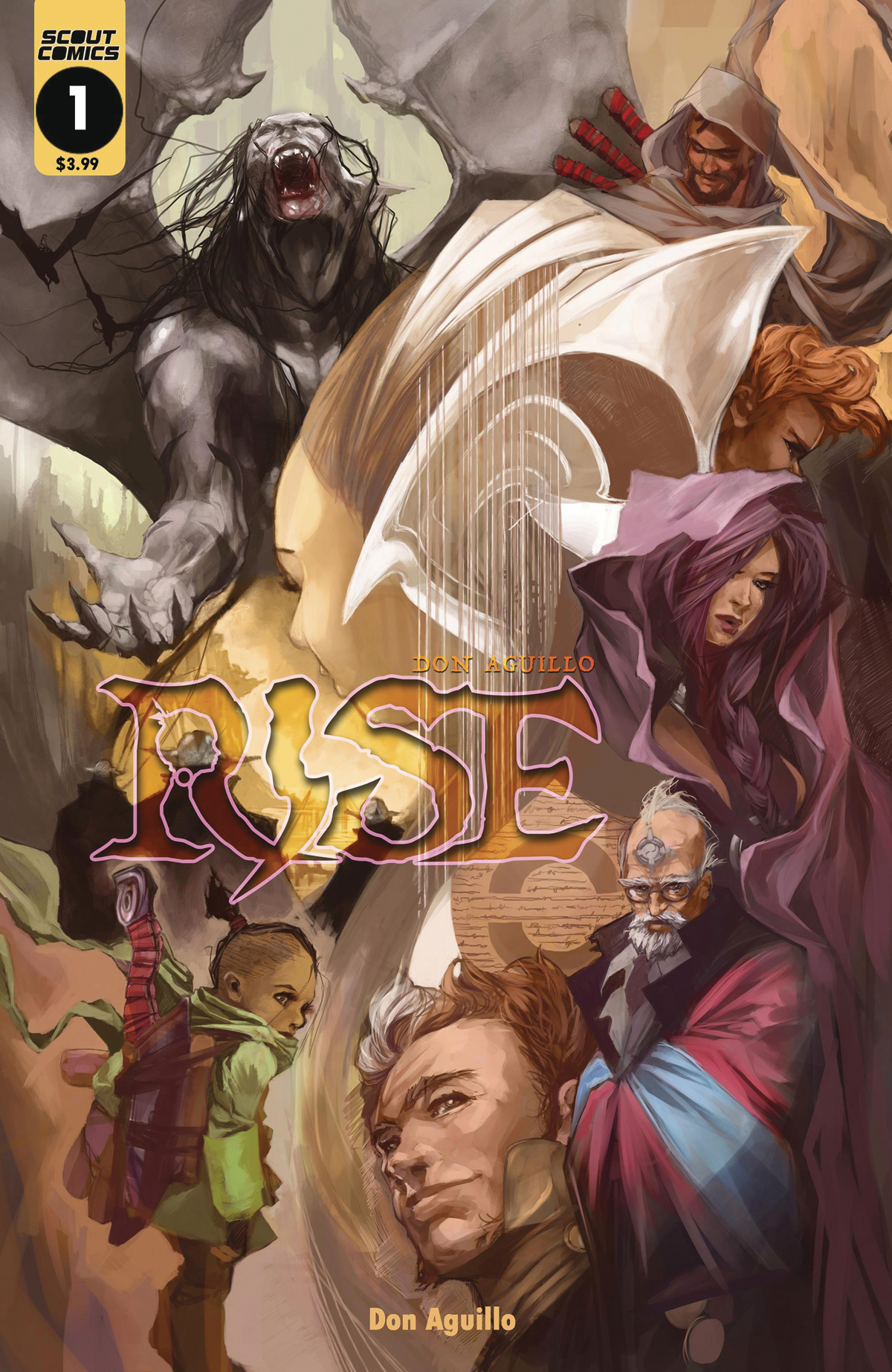 JAN192072
(W) Don Aguillo (A/CA) Don Aguillo
Nine-year-old royal orphan Zakaiah falls heir to the throne of the broken post-apocalyptic kingdom of Pacifica, and must endure the Trials of the House of Jasser, a series of tests designed to prepare her to occupy the seat of the kingdom. Recently orphaned and reluctant to embark on a set of trials to teach and test her on the responsibilities that now rest on her shoulders, she is guided on this tumultuous path by soldiers and strangers, plagued by their own struggles, pasts and hidden agendas. Embarking on the journey on a dark road with strangers who now answer to her and inexperienced in carrying the weight of the world, she's left the only home she's ever known to explore the realm she now has the responsibility to rule. Behind them, the empty throne is at the mercy of a ruling class that threatens to usurp it for their own dark agendas, and just beyond the shadows ahead, the emergence of an ancient evil threatens to halt their journey dead in its tracks.
In Shops: Mar 20, 2019
SRP: $3.99
View All Items In This Series
ORDER SUBSCRIBE WISH LIST