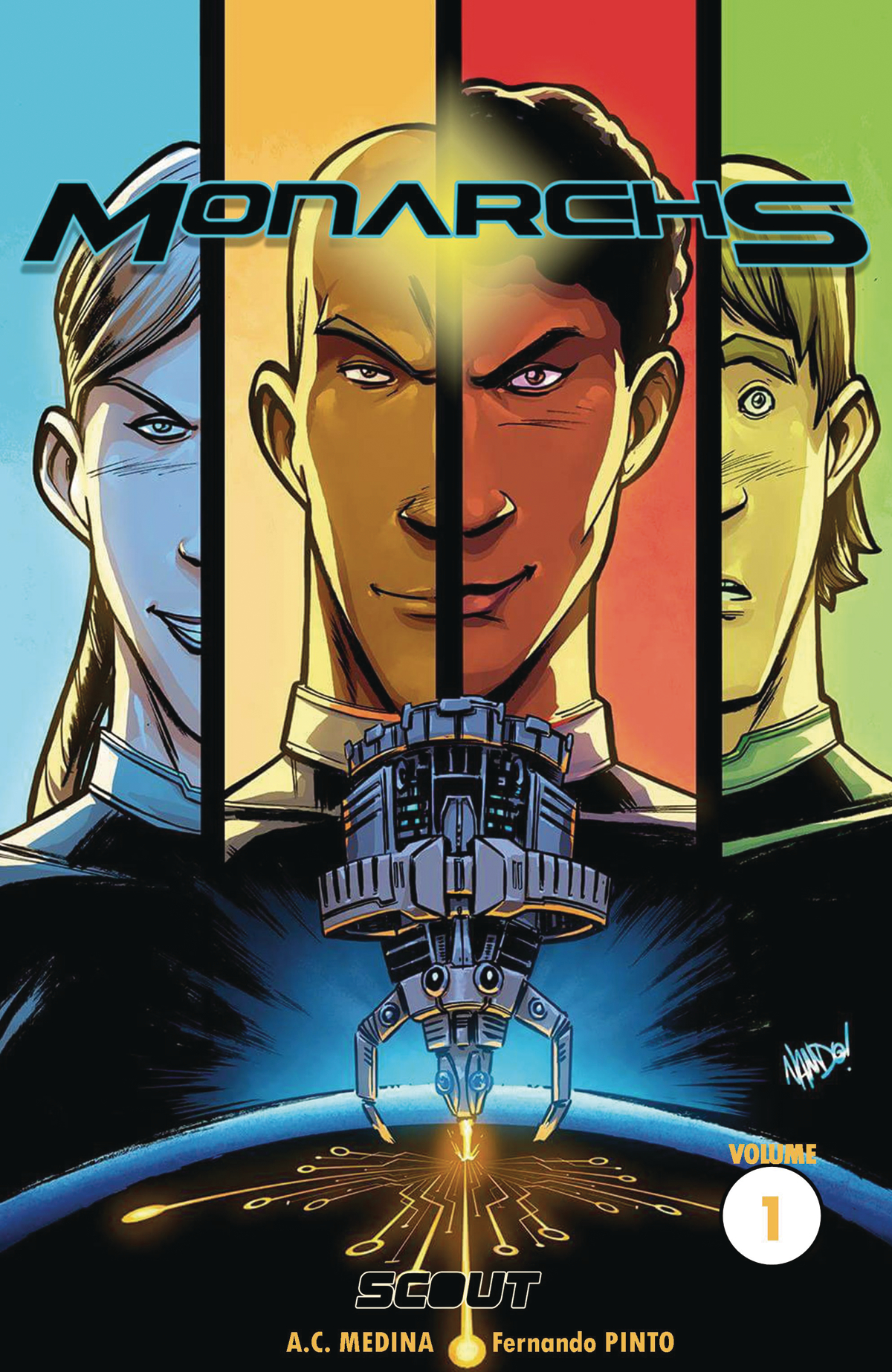 JAN192070
(W) A.C. Medina (A) Fernando Pinto
The first release in Scout Comics new BINGE! Imprint where Scout releases a World Premiere issue followed by the entire story a few months later in one volume. Game of Thrones meets Dune! Monarchs is the ultimate game of survival of the fittest as four young geniuses are abandoned on the planet Vida and are pitted against other to create a utopian society. A simple experiment becomes an epic story of war, discovery and leadership as it attempts to answer the age-old questions of what it takes to be the victor and to what means would you go to win to be the last man standing.
In Shops: May 08, 2019
SRP: $14.99