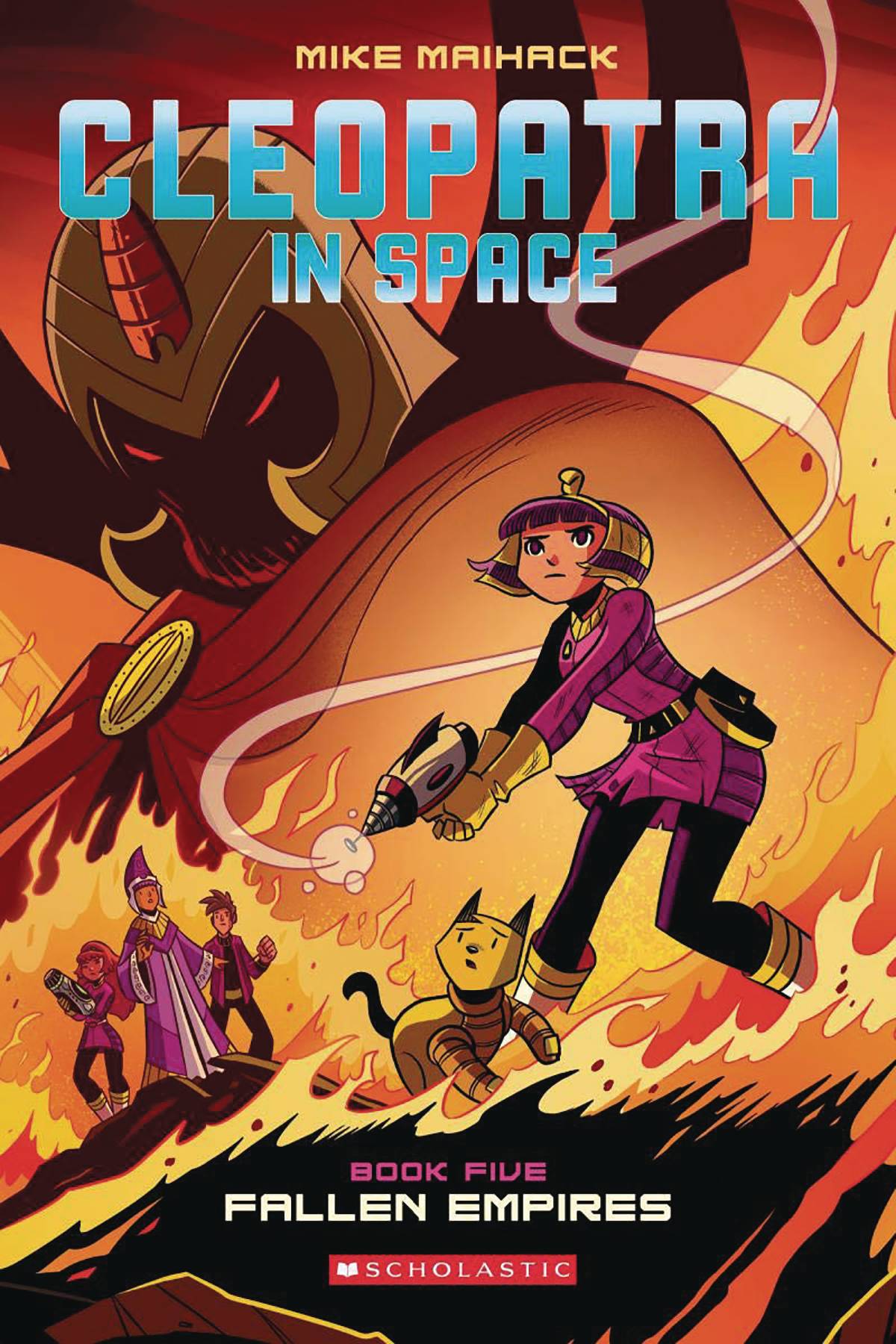 #
JAN191923
(W) Mike Maihack (A/CA) Mike Maihack
Cleo goes into hiding after a mysterious death at Yasiro Academy, and she and her friends set out to uncover the spy who must be working within the school's ranks. Meanwhile, Xaius Octavian continues his assault on the galaxy as his complicated origin story, and how he went from being Cleo's best friend to a ruthless dictator, is revealed. In the end, a space battle and dramatic confrontation between Cleo and Octavian will change both of their lives forever. Available in softcover and hardcover editions.
In Shops: Mar 20, 2019
SRP: $14.99
View All Items In This Series