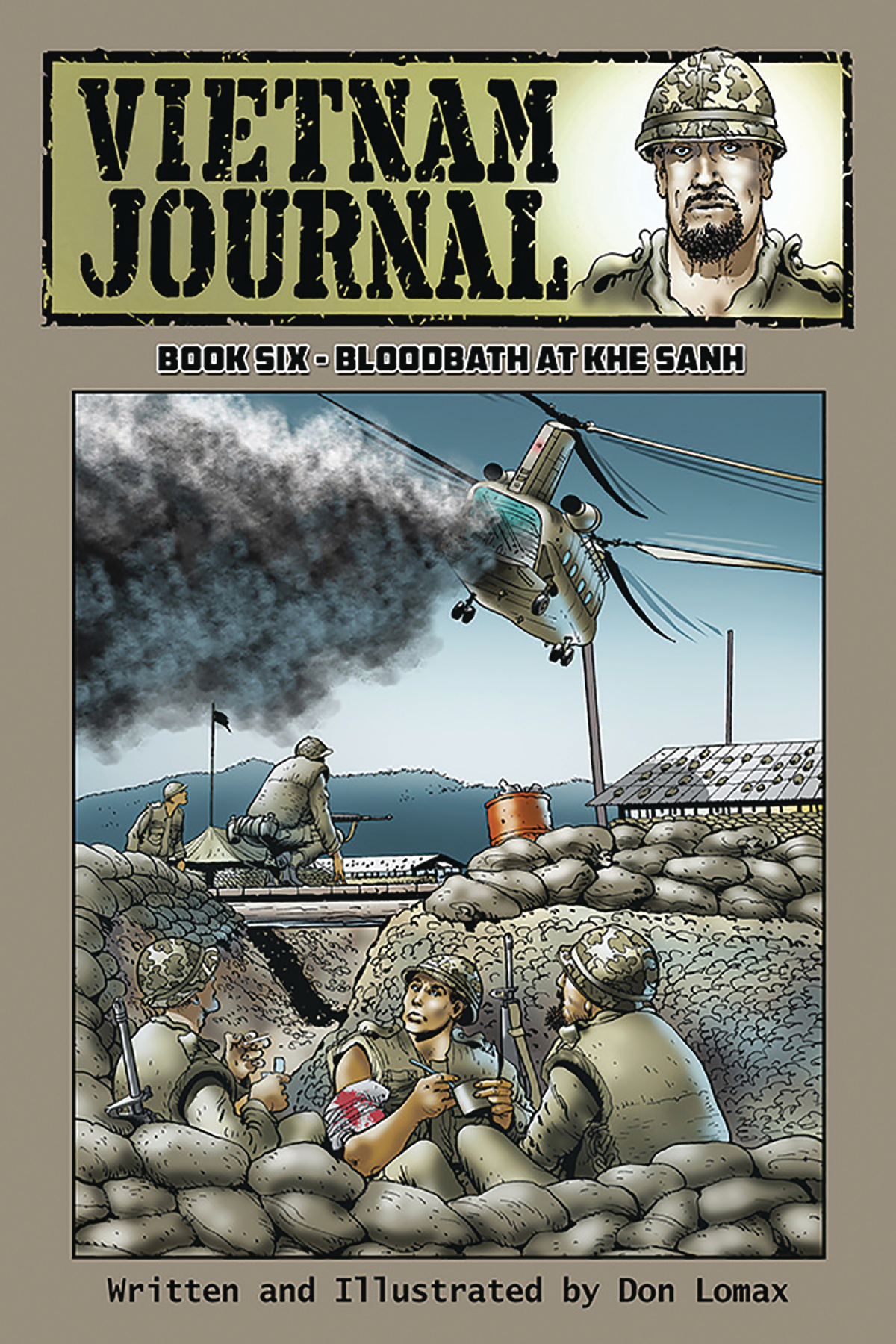 JAN191779
(W) Don Lomax (A/CA) Don Lomax
Don Lomax's Vietnam Journal looks at the Vietnam War through the eyes of a war journalist, Scott "Journal" Neithammer, as he chronicles the lives and events of soldiers on the front line. In this volume, Neithammer arrives in Khe Sanh at the beginning of the bloody siege. American troops are completely isolated and under constant bombardment from North Vietnamese troops for over two months as the First Air Cavalry struggles to arrive on the scene to reinforce the exhausted Marines. The siege is ultimately broken as North Vietnamese troops withdraw. But the aftermath signals a shift in U.S. policy and the Khe Sanh base is closed and dismantled. Book Six also includes two short stories, "Special Ops: Phoenix" and "Zippo Raid."
In Shops: Mar 13, 2019
SRP: $16.99
View All Items In This Series