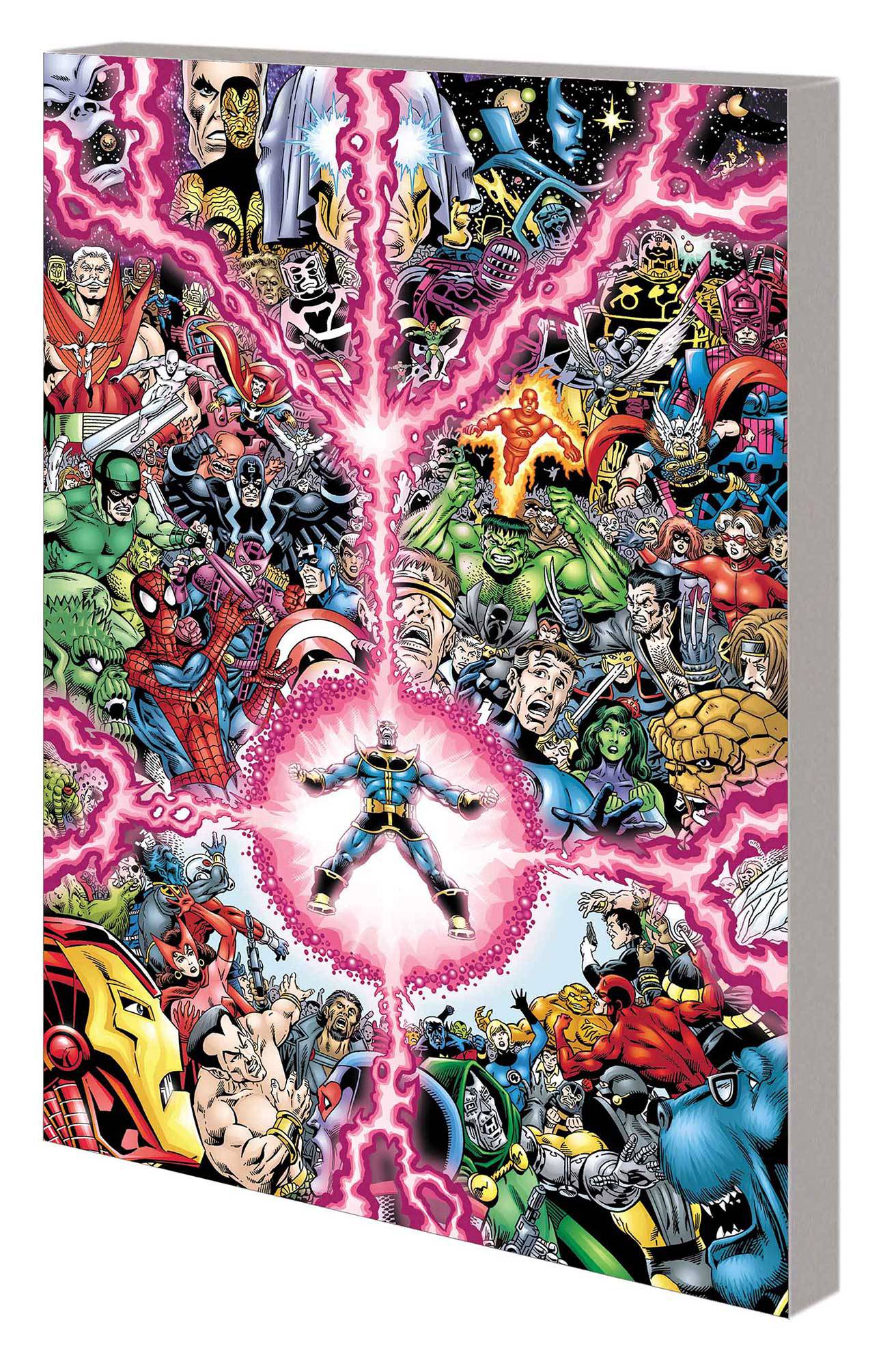 #
JAN191118
(W) Jim Starlin (A/CA) Jim Starlin
Renowned comic creator Jim Starlin tells the final tale of the Marvel Universe, bringing the entirety of creation to its startling climax! A grave threat from beyond space and time swiftly approaches the Earth - imperiling the very nature of the entire universe! This catastrophic, existence-ending event forces Earth's mightiest heroes and villains to join forces to fend off Armageddon. But amid ever-shifting alliances and internally warring factions, will they succeed in their quest to save all of eternity? Led by the demigod Thanos (who is admittedly not only quite mad, but something of a continual threat himself to both Earth and eternity), Earth's superhumans must stand shoulder-to-shoulder to face the most terrifying threat that they've ever encountered: Nothing less than the end of all that ever was! Collecting MARVEL UNIVERSE: THE END #1-6.
Rated T+
In Shops: Apr 03, 2019
SRP: $19.99