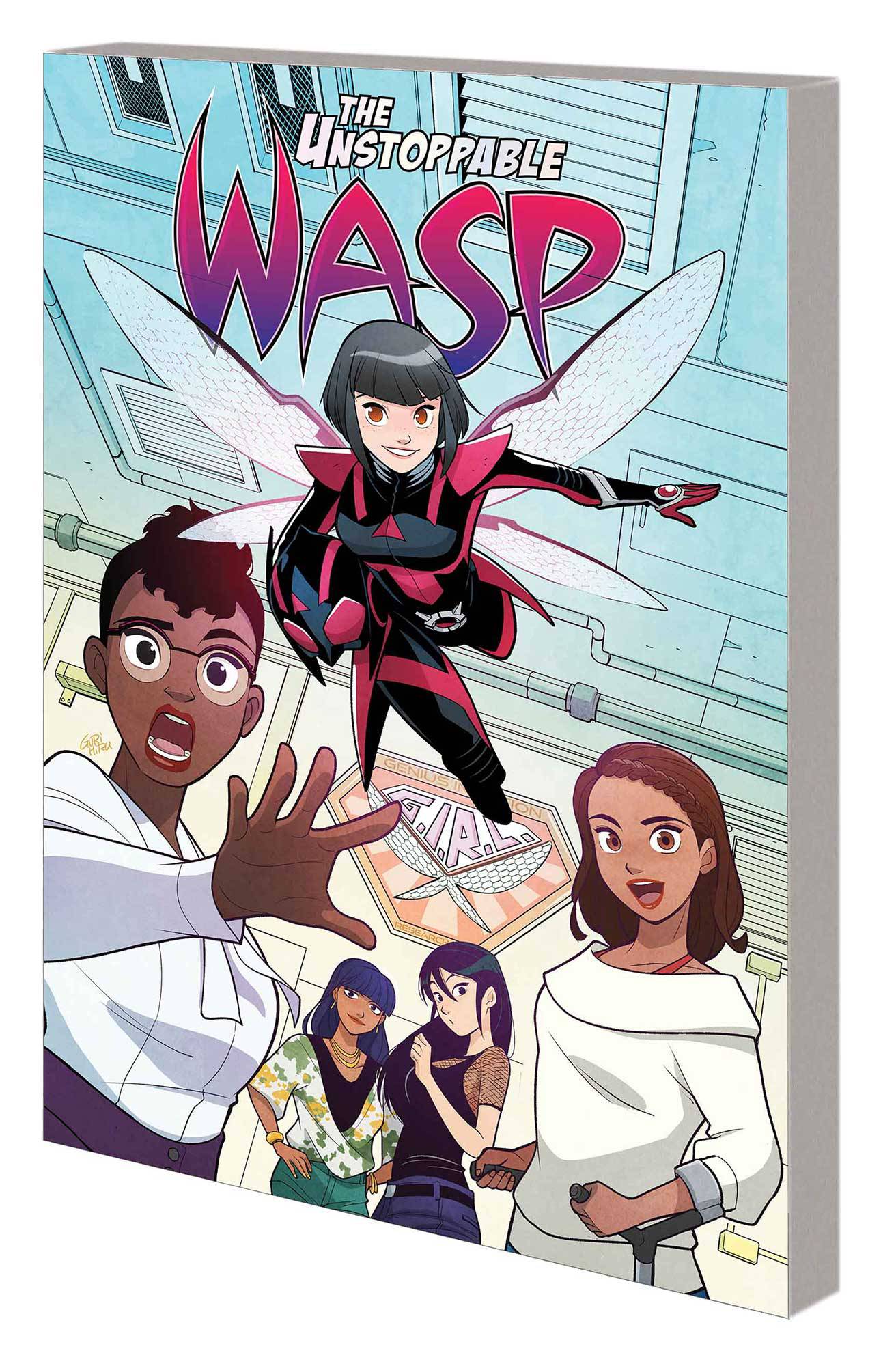 #
JAN191103
(W) Jeremy Whitley (A/CA) Gurihiru
Back by popular demand, it's Nadia Van Dyne - the Unstoppable Wasp! With the backing of Janet Van Dyne, the original Wasp, there's no problem the Agents of G.I.R.L. can't solve! But Nadia's team of girl scientists isn't the only acronym-toting science organization out there - and when A.I.M. strikes, Nadia and the Genius In action Research Labs answer the call! But who is A.I.M.'s new super-powered lieutenant? How does this fearsome foe know Nadia? And what does A.I.M.'s plan have to do with Nadia's father, Hank Pym? Plus: A girls' night out for Nadia and Jan! G.I.R.L. prepares for its big science-expo debut! And Nadia meets her match in the form of a returning fan-favorite female fighter! But there's only one mission on Nadia's mind: fix everything! Collecting THE UNSTOPPABLE WASP (2018) #1-5.
Rated T+
In Shops: Apr 24, 2019
SRP: $15.99
View All Items In This Series
ORDER SUBSCRIBE WISH LIST