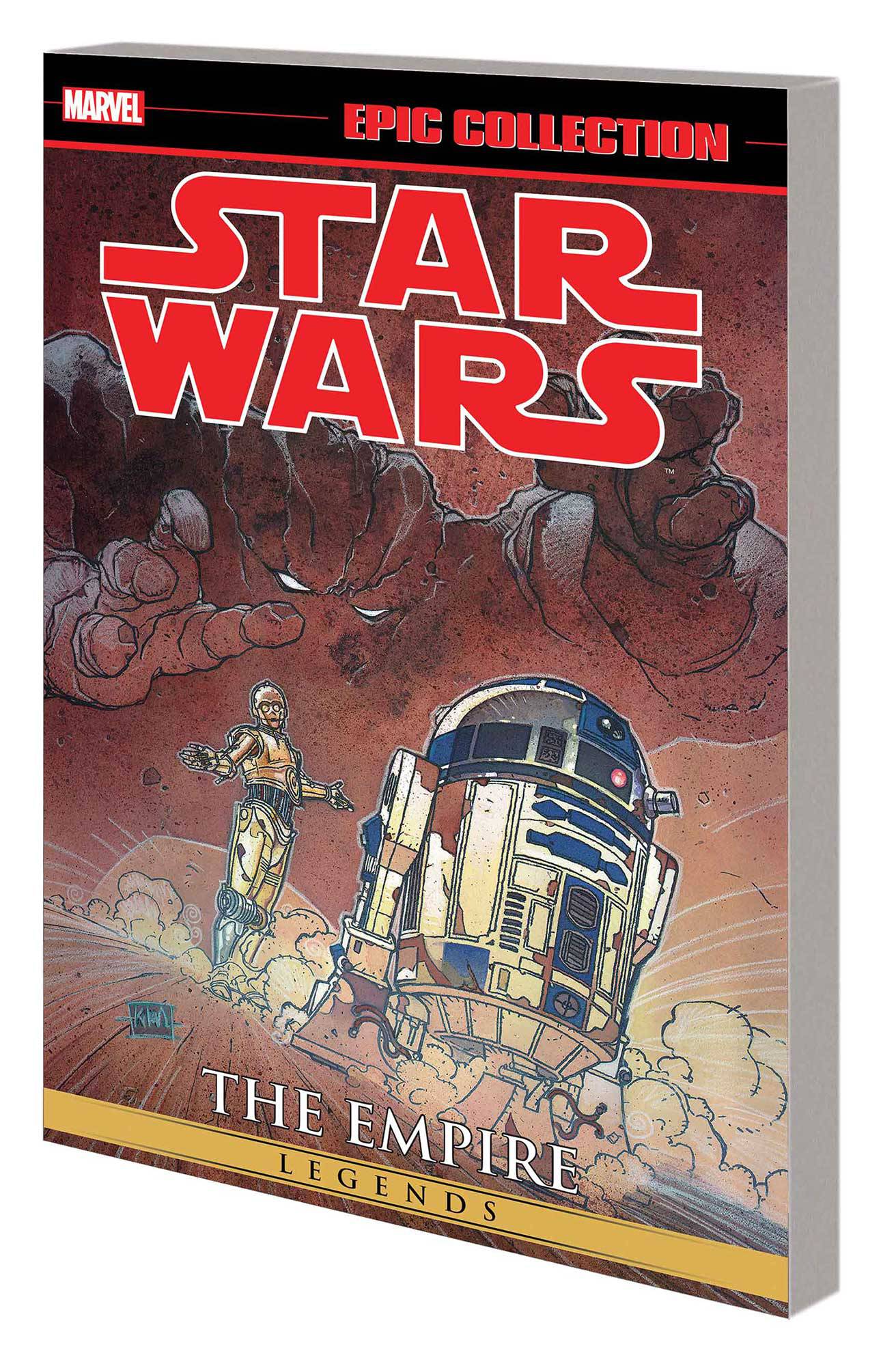 #
JAN191097
(W) Dan Thorsland, Ryder Windham, More (A) Bill Hughes, Ian Gibson, More (CA) Kilian Plunkett
R2-D2 and C-3PO steal the spotlight! Even before joining the rebellion, everyone's favorite droids had plenty of exciting adventures. With the Empire on the march, the squabbling duo find themselves in the middle of trouble in the Kalarba System - but is Corellian rogue Jace Forno friend or foe? On the smuggler planet of Nar Shaddaa, con artist Olag Greck has a brush with the law - the newly deputized droids! Then, with a new Ithorian master to follow, R2 is laid low by a computer virus! And thrill to planet-saving action co-written by C-3PO actor Anthony Daniels! Plus: Pirates, bounty hunters, rock monsters - and R2's day out! Collecting STAR WARS: DROIDS (1994) #1-6 and SPECIAL, STAR WARS: DROIDS (1995) #1-8, STAR WARS: THE PROTOCOL OFFENSIVE #1 and material from STAR WARS GALAXY MAGAZINE #1 and STAR WARS TALES #16 and #20.
Rated T
In Shops: Apr 24, 2019
SRP: $39.99
View All Items In This Series
ORDER SUBSCRIBE WISH LIST