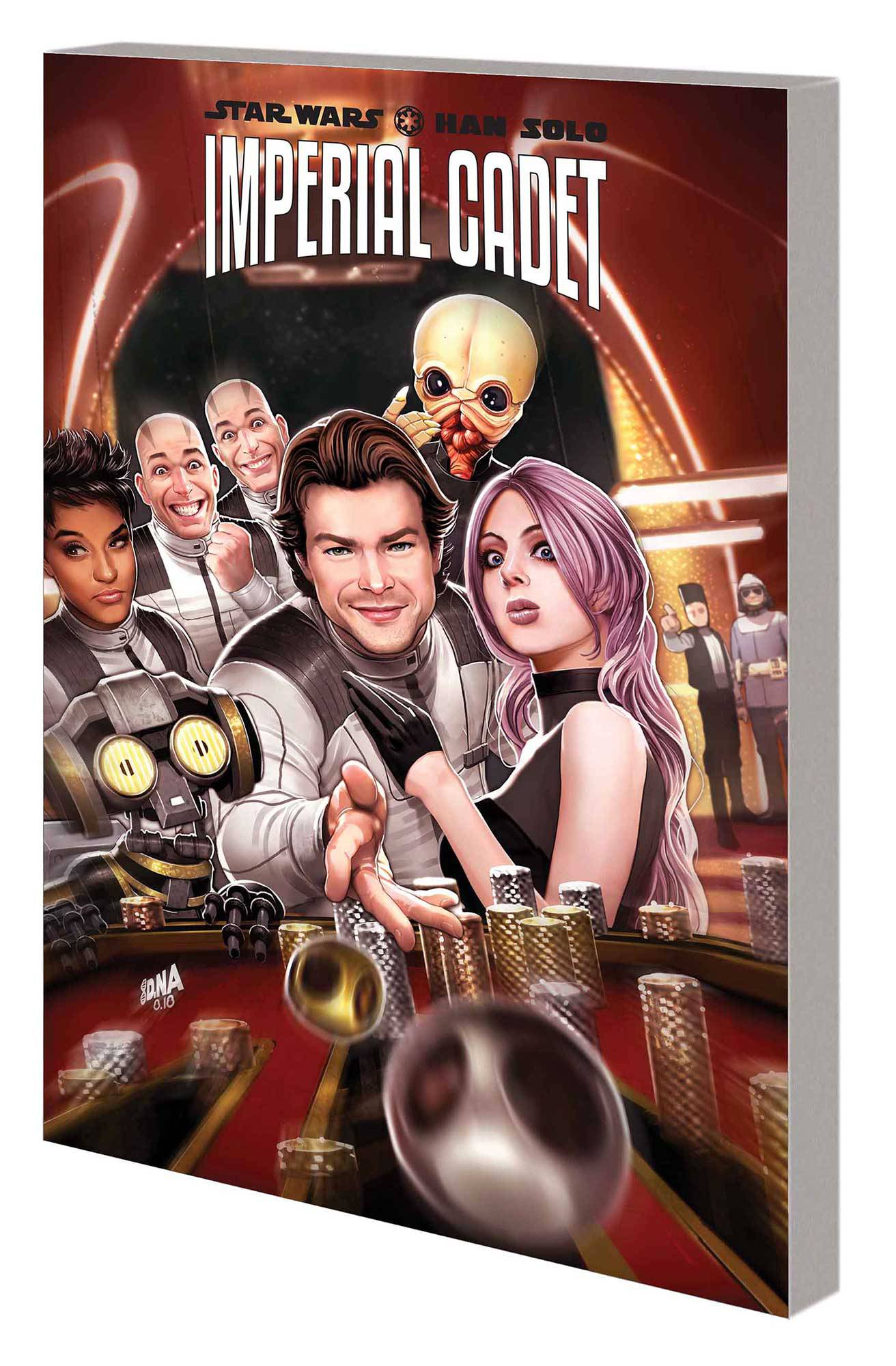 #
JAN191096
(W) Robbie Thompson (A) Leonard Kirk (CA) David Nakayama
Untold adventures of a young Han Solo! How does a thief, accustomed to the chaos of back-alley brawls, adjust to the order and discipline of the Imperial Navy? Not very well! And Han's dream of becoming a pilot is quickly grounded when he realizes he may not even survive basic training. After a wild sequence of events lands him in the brig overnight, Han is given one last shot at flight school. But will he be top gun - or will he crash and burn? And who is his mysterious rival, ripped from the pages of classic Star Wars comics? Plus: Han enters real combat for the first time, but will taking a little hard-earned R&R at a casino prove to be even more dangerous? Never tell him the odds. Collecting STAR WARS: HAN SOLO - IMPERIAL CADET #1-5.
Rated T
In Shops: May 15, 2019
SRP: $17.99
ORDER WISH LIST