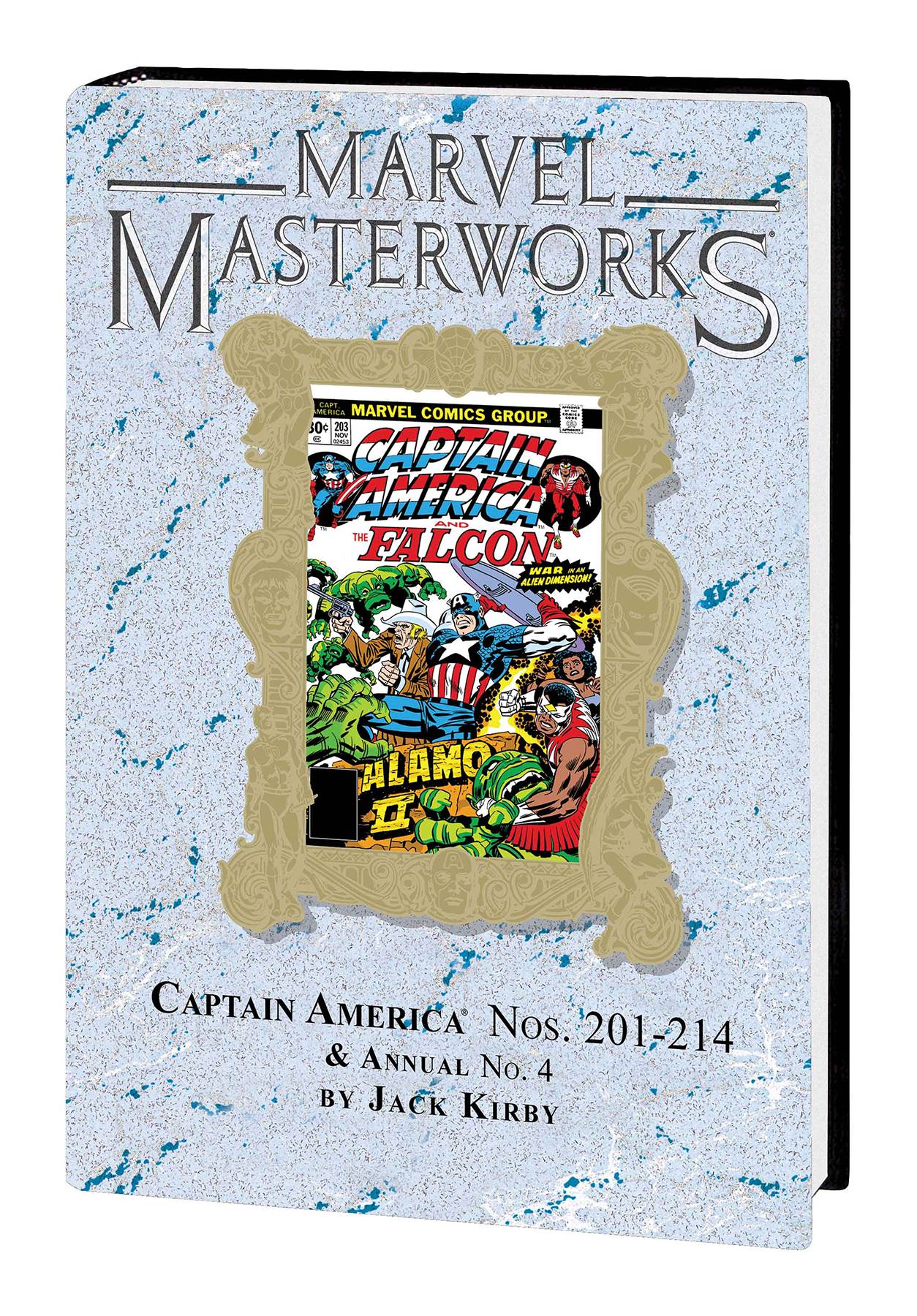 #
JAN191093
(W) Jack Kirby (A/CA) Jack Kirby
Jack Kirby concludes his '70s CAPTAIN AMERICA tenure with adventures that only the King of the Marvel Age of Comics could create! It begins when the Falcon goes missing in an other-dimensional asylum - that's run by the inmates! The tale of the Night People and Agron the Unburied One is a tense sci-fi horror thriller unlike any other! Then comes "The Swine," a storyline packed with iconic moments: the debut of Arnim Zola, the return of the Red Skull and Nazi X - the android with Hitler's brain! Plus: An Annual exploit where Cap takes on Magneto and the Brotherhood of Evil Mutants! When it's all wrapped up in the incomparable power of Kirby's art, you know these are Marvel Masterworks! Collecting CAPTAIN AMERICA (1968) #201-214 and ANNUAL #4.
Rated T
In Shops: Jul 10, 2019
SRP: $75.00
View All Items In This Series
ORDER SUBSCRIBE WISH LIST