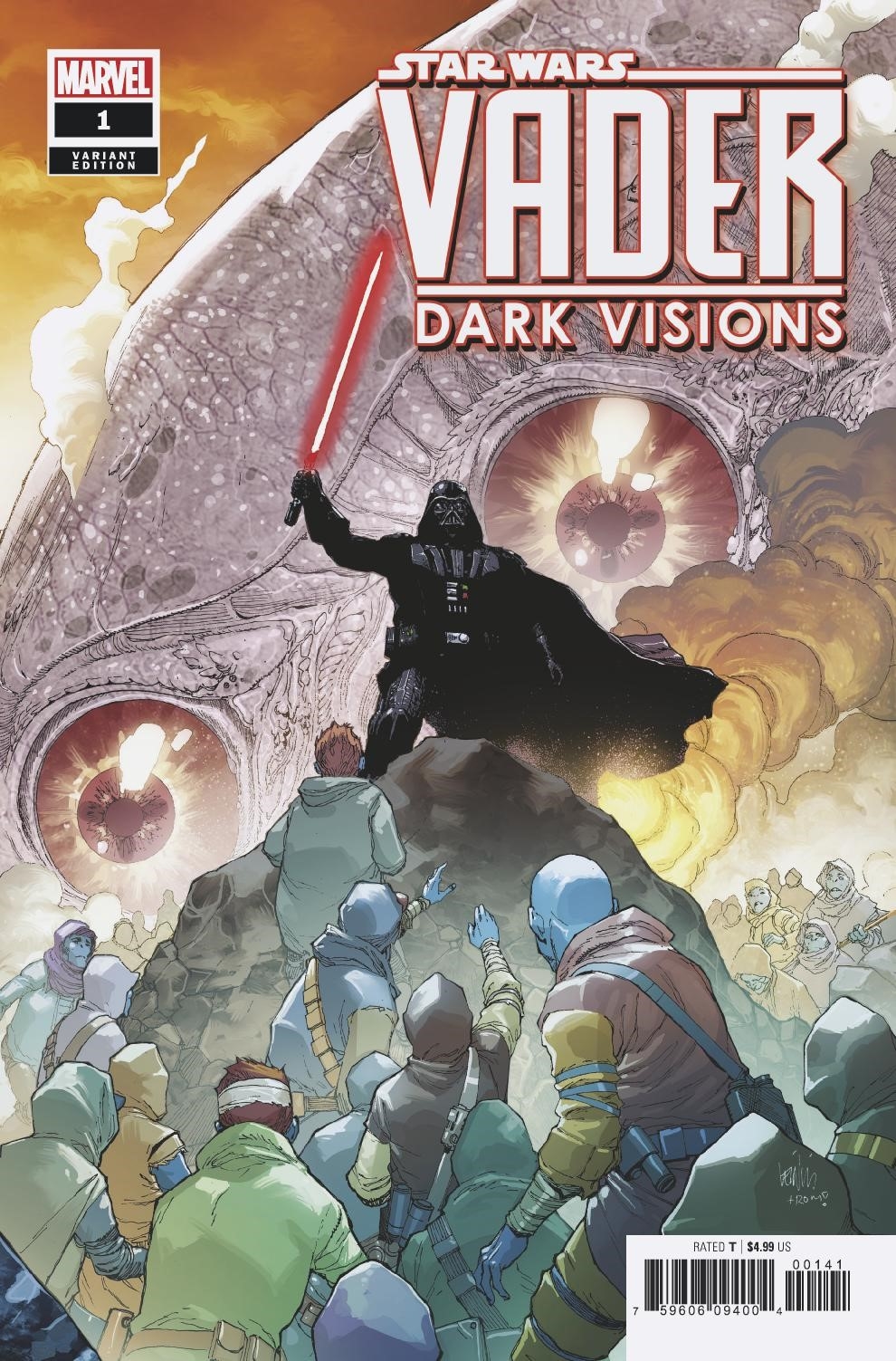 JAN191055
(W) Dennis Hopeless (A) Paolo Villanelli (CA) Leinil Francis Yu
WHO IS DARTH VADER?
He has been many things: a SITH warrior, a commander, a destroyer. DARTH VADER is to many throughout the GALACTIC EMPIRE a symbol of fear and mysterious, otherworldly power. But there are some who have seen the DARK LORD in a different light. There are some corners of the galaxy so dark and desperate that even Vader can be a knight in shining armor. The first issue of a new STAR WARS limited series, writer Dennis Hopeless (CLOAK AND DAGGER, JEAN GREY) sheds new light on the many sides of the galaxy's greatest villain.
Rated T
In Shops: Mar 06, 2019
SRP: $4.99
View All Items In This Series