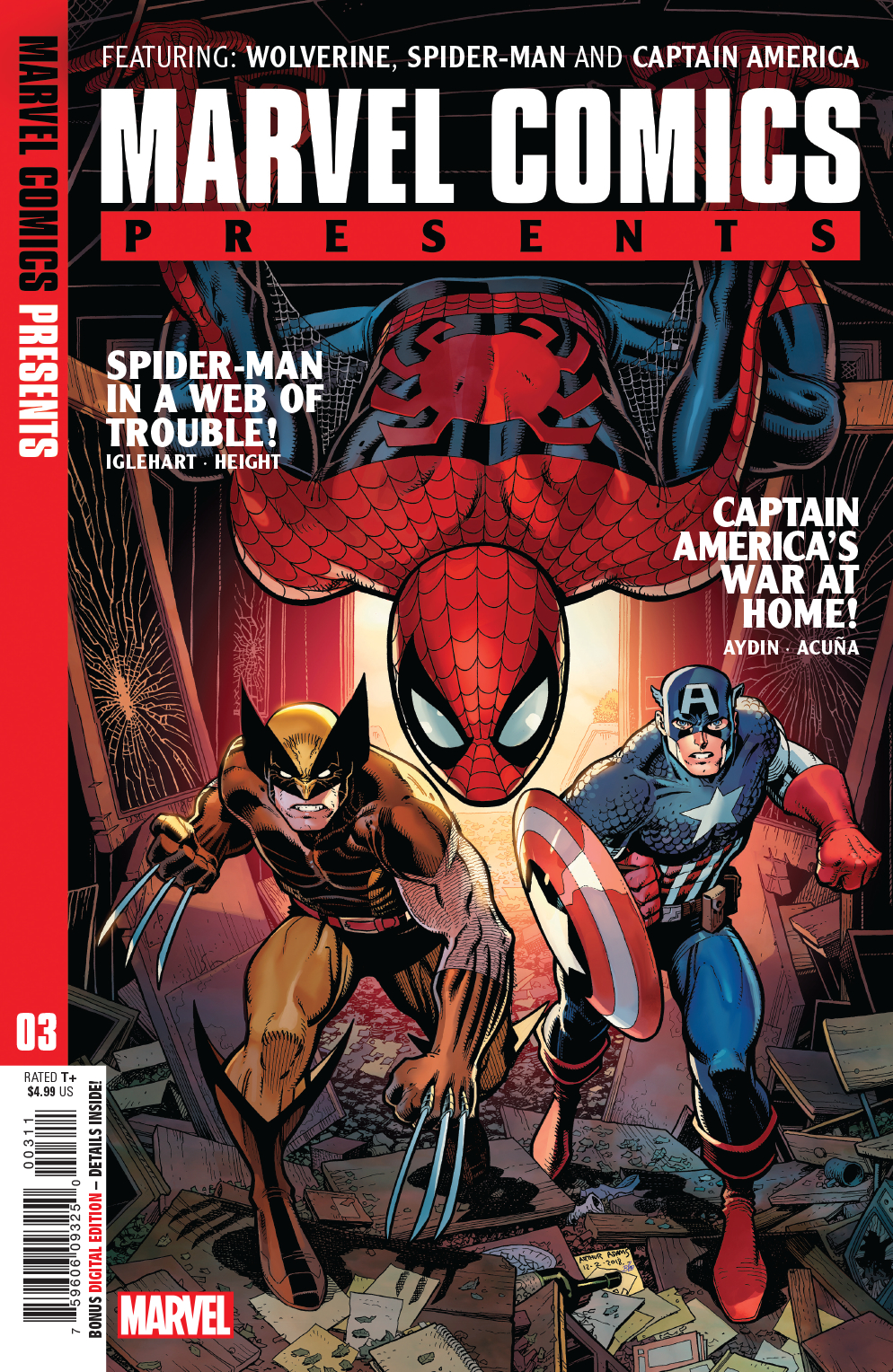 JAN191002
(W) Charles Soule, Andrew Aydin (A) Paolo Siqueira, Daniel Acuna, Ray-Anthony Heights (CA) Arthur Adams
"THE VIGIL" featuring Wolverine continues with part 3 in this ongoing series! Three tales with echoes of the decade that began the Heroic Age-the swingin' 1960s! First up, Wolverine continues his vigil, bringing him to the worst places on Earth. Then, the co-writer of the award-winning March trilogy, Andrew Aydin, pens a tale of Captain America during the Civil Rights movement. Finally, an all-new story of Marvel's most famous son of the '60s -- Spider-Man! Brought to you by Tony Award-winner James Monroe Iglehart (Hamilton, Aladdin on Broadway) and Ray-Anthony Height (Moon Girl and Devil Dinosaur)!
Rated T+
In Shops: Mar 27, 2019
SRP: $4.99
View All Items In This Series