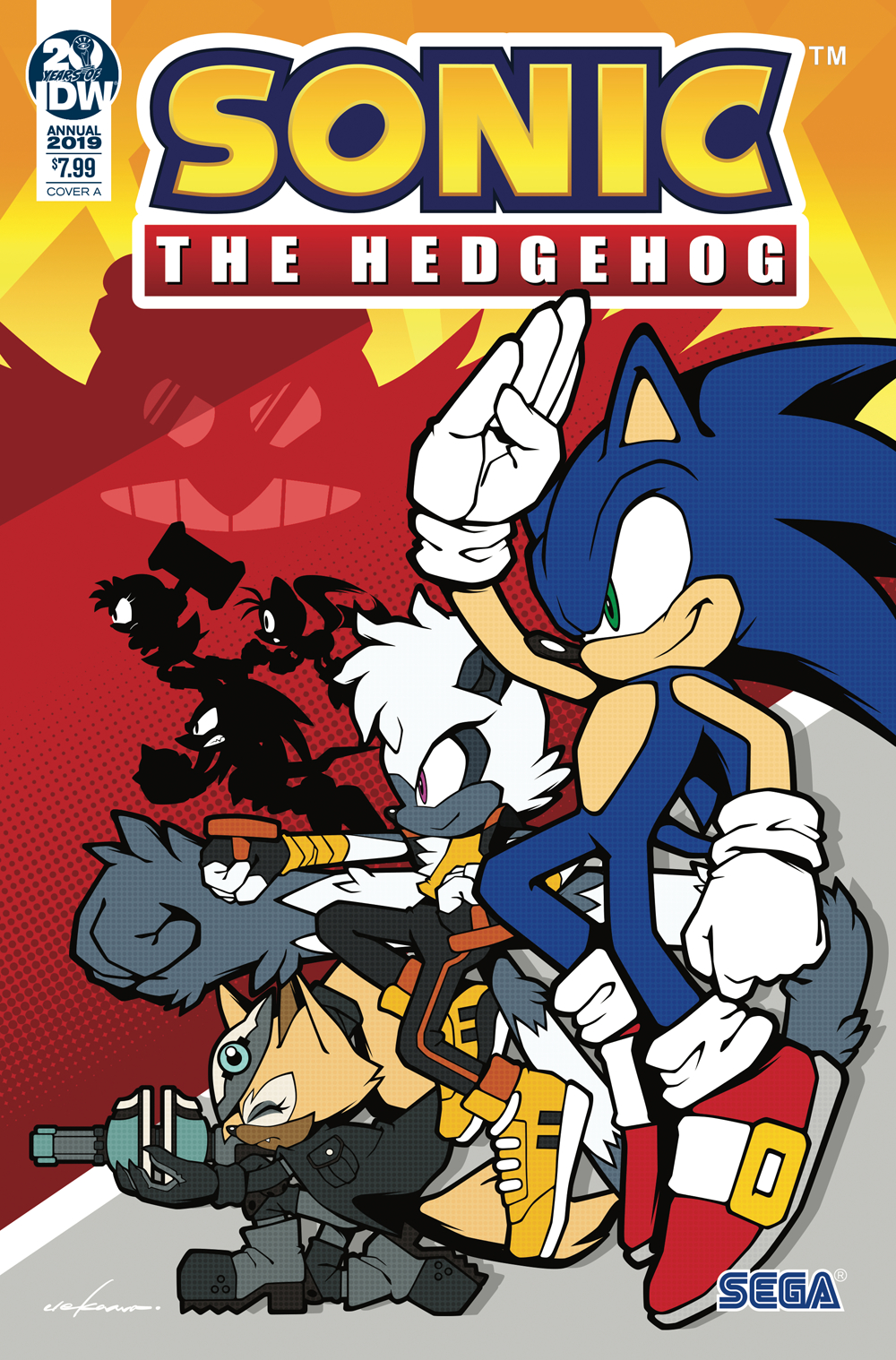 JAN190811
(W) Ian Flynn, James Kochalka, More (A) Jonathan Gray, Jack Lawrence, More (CA) Yuji Uekawa, Sonic Team
In Sonic's world, adventure awaits around every corner, but even the world's fastest hedgehog can't be at the center of all of it! Join Sonic and some of his coolest friends in adventures that show just how wonderful Sonic's world really is. In the lead story, the odd couple of Tangle the Lemur and Whisper the Wolf team-up to save a friend in need! Then Sonic and Tails take the Tornado for a spin, but is Sonic going too fast? Plus, Silver and Blaze slow down for a minute to go gardening, the Sonic Fan Club has their first official meeting, and Rouge the Bat hunts for treasure!