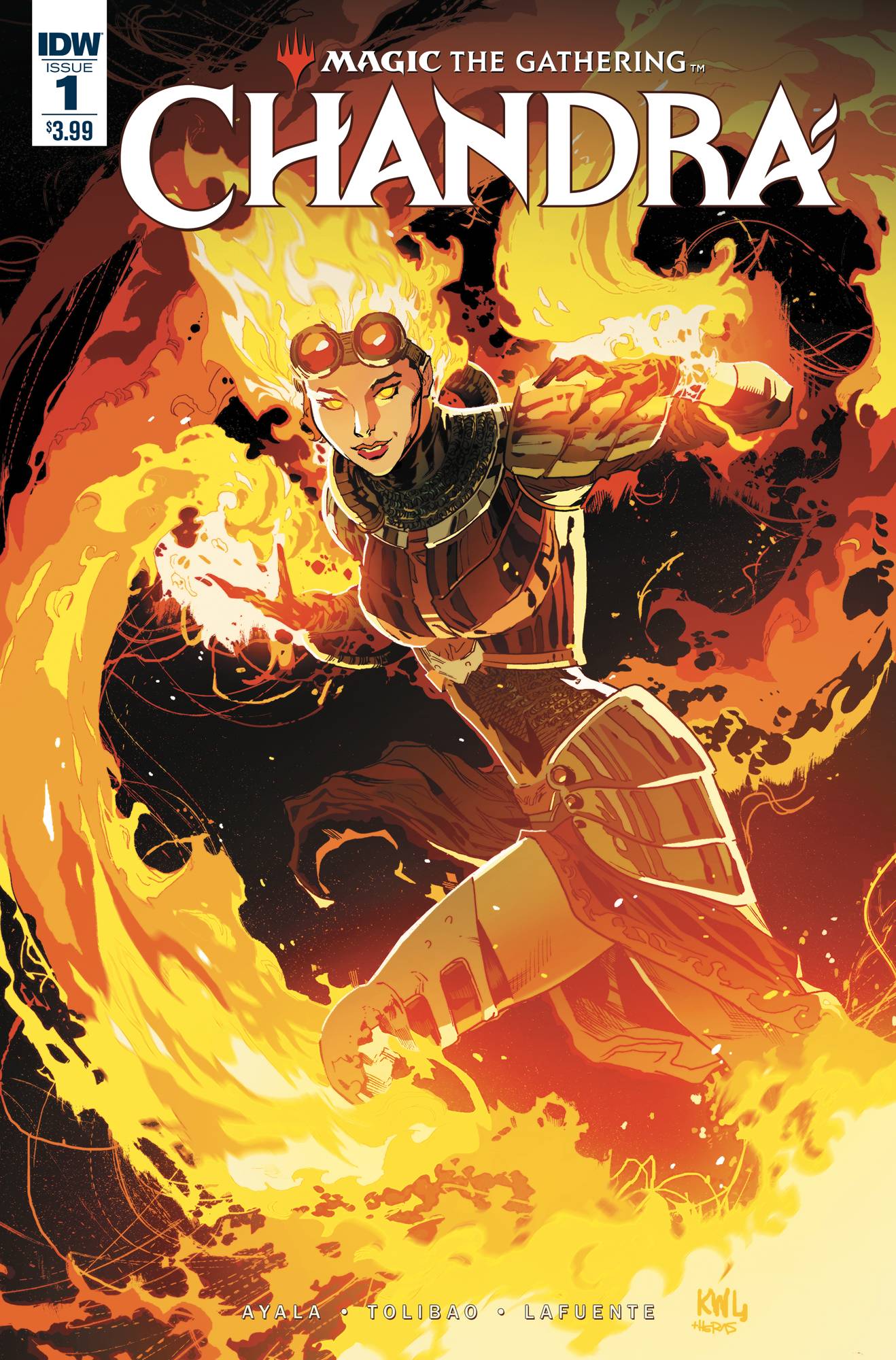 Ever in search of adventure, Chandra strikes out on her own, determined to protect the Multiverse and help those who cannot help themselves. But as new threats arise, she finds herself haunted by the failings of her past... and confronted by a sinister foe hoping to prey on her weakness. Plagued by demons--both figuratively AND literally--it'll take more than fireballs for Chandra to win the day! How will she save those in peril... including herself?

Magic: The Gathering: Chandra ties directly into recent events on the cityscape plane of Ravnica--as seen in October 2018's Guilds of Ravnica and subsequent card sets--bringing the comics closer to the game's story than ever before.

Advance solicited for May release!
Ties directly into the card sets Guilds of Ravnica, Ravnica Allegiance, and the yet-to-be-revealed Spring 2019 set.
Fan-favorite villain Tibalt returns after a long absence from Magic's story, as does popular planeswalker Ajani Goldmane.
In Shops: Dec 18, 2019
SRP: $15.99
View All Items In This Series
ORDER SUBSCRIBE WISH LIST