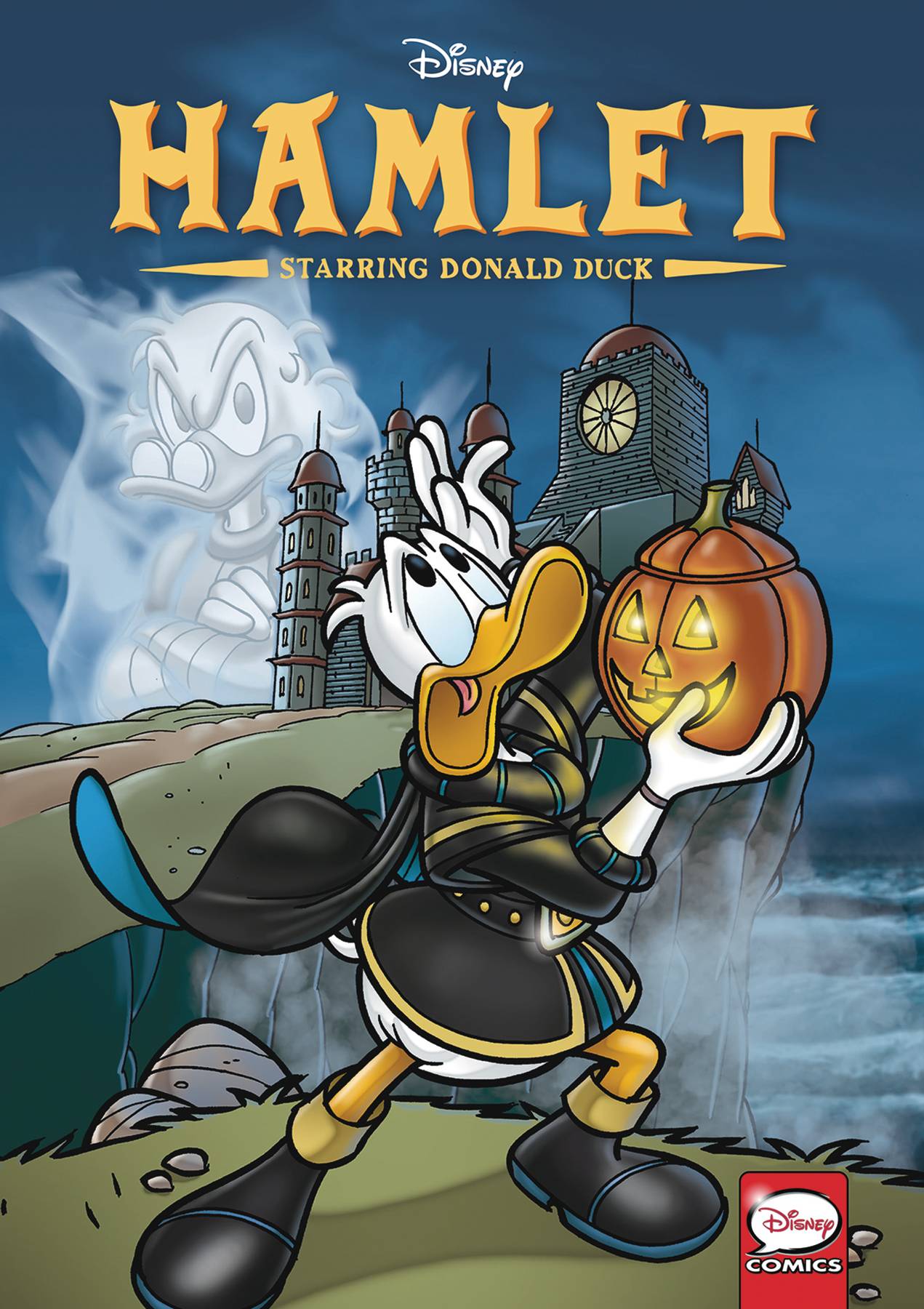 #
JAN190478
(W) Giorgio Salati (A) Paolo De Lorenzi
Donald Duck and Scrooge star in this adaptation of William Shakespeare's Hamlet! Prince Ducklet receives a visit from the ghost of his missing uncle, King Scrooge-who reveals that his place as king has been usurped by the conniving Rocklaudius! Ducklet is appointed with the duty of restoring peace to the throne and serving justice to those who have conspired against the King!
In Shops: May 15, 2019
SRP: $10.99