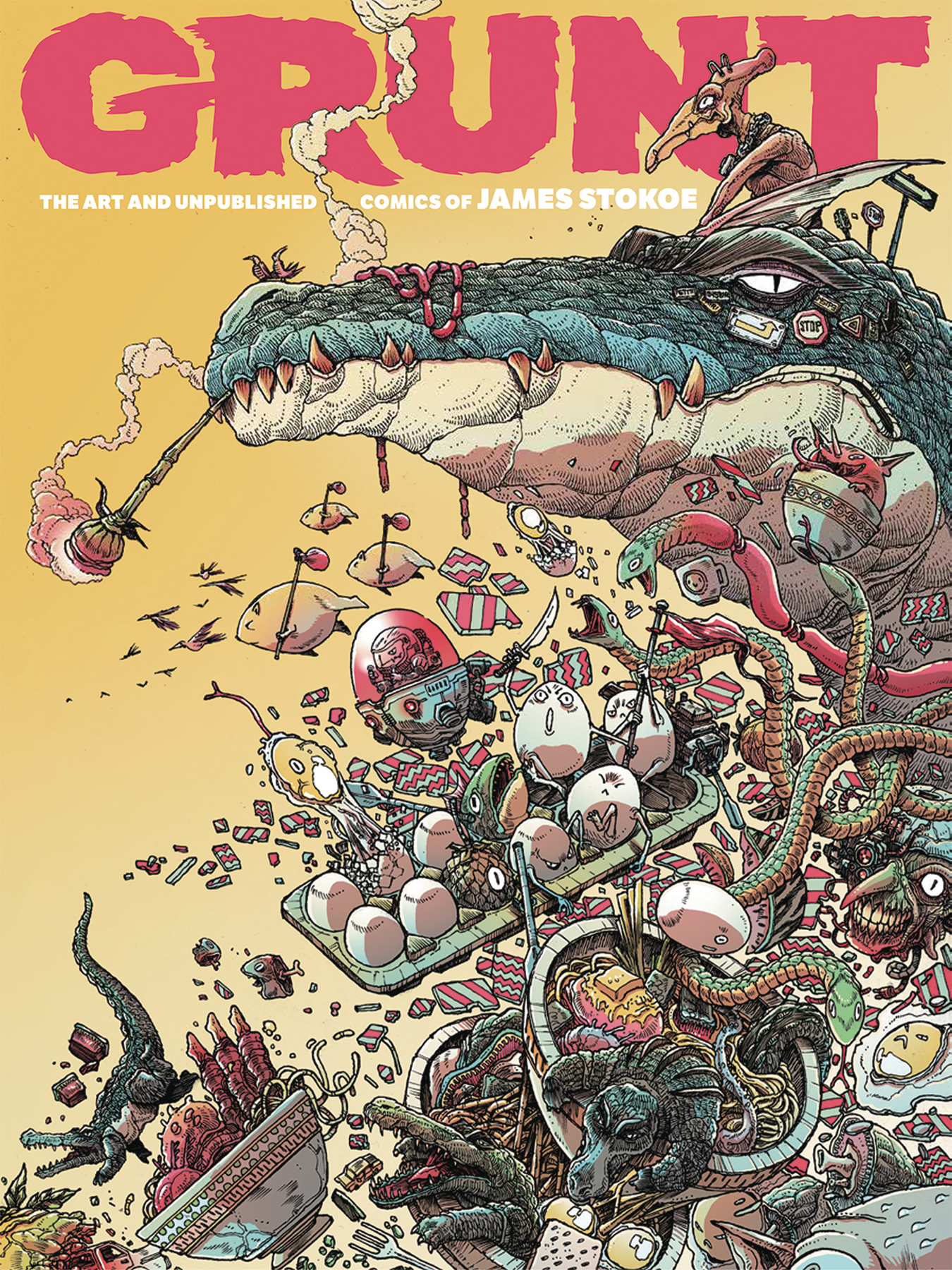 JAN190469
(W) James Stokoe (A/CA) James Stokoe
This deluxe hardcover artbook showcases the work of inimitable comics creator James Stokoe, who has drawn some of the most visually meticulous and surreal illustrations in modern comics, featuring some of his bestselling illustrations from works such as Orc Stain, Aliens: Dead Orbit, Wonton Soup, well-known cover work, and some of his never-before-published comics.
In Shops: May 29, 2019
SRP: $39.99
ORDER WISH LIST