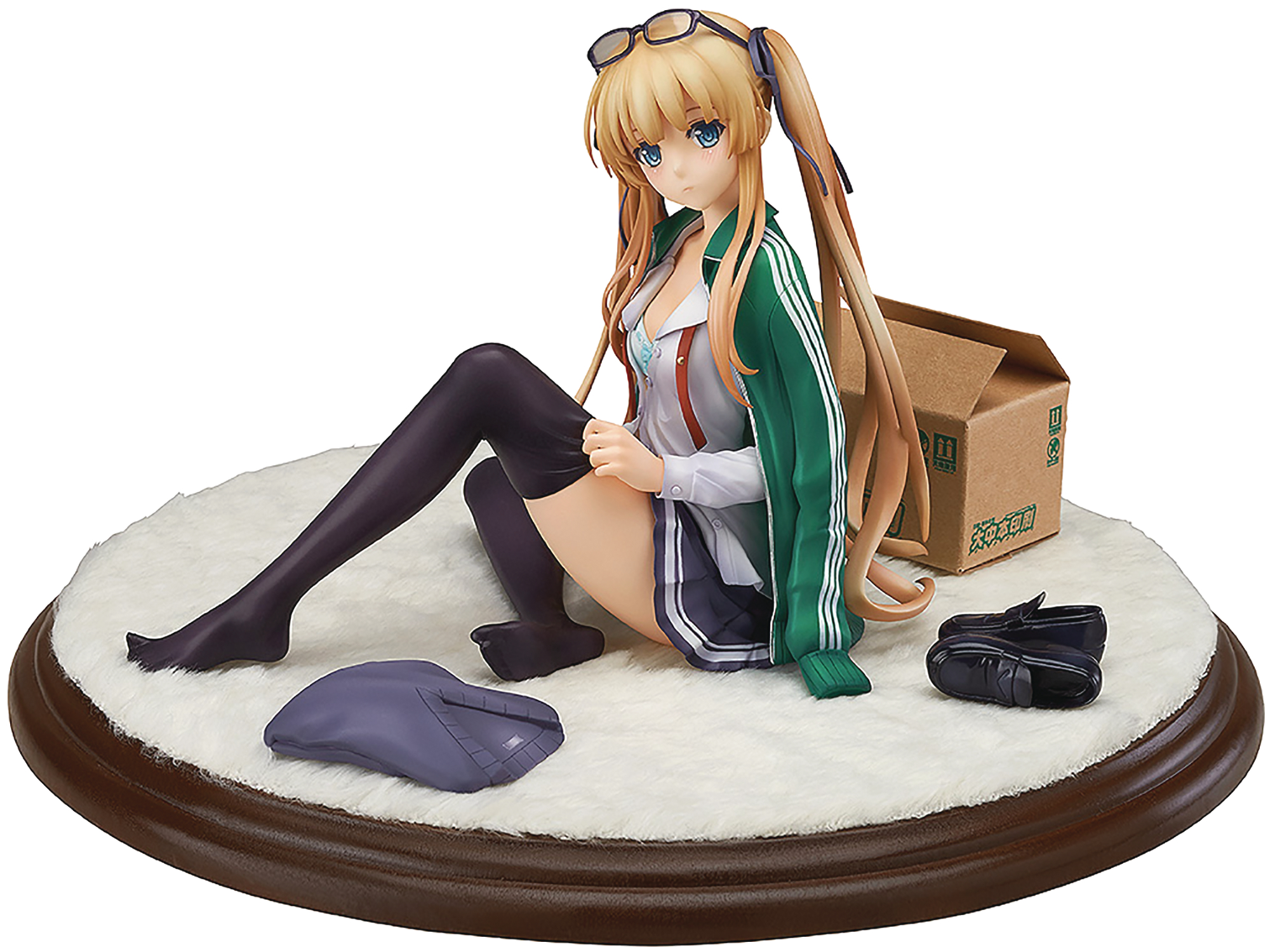 JAN189136
From Good Smile. From the anime series Saekano: How to Raise a Boring Girlfriend comes a rerelease of the 1/7th scale figure of Eriri Spencer Sawamura, the main character's childhood friend and popular doujin artist! Following on from the previous released Utaha Kasumigaoka, this figure is also based on an illustration by Kurehito Misaki, the original character designer of the series! It shows Eriri in the middle of getting dressed up, similar to Utaha's pose! Intricate touches and unique paintwork allows the figure to keep all the details of the original illustration, and the figure even comes with a selection of little accessories to display around her!