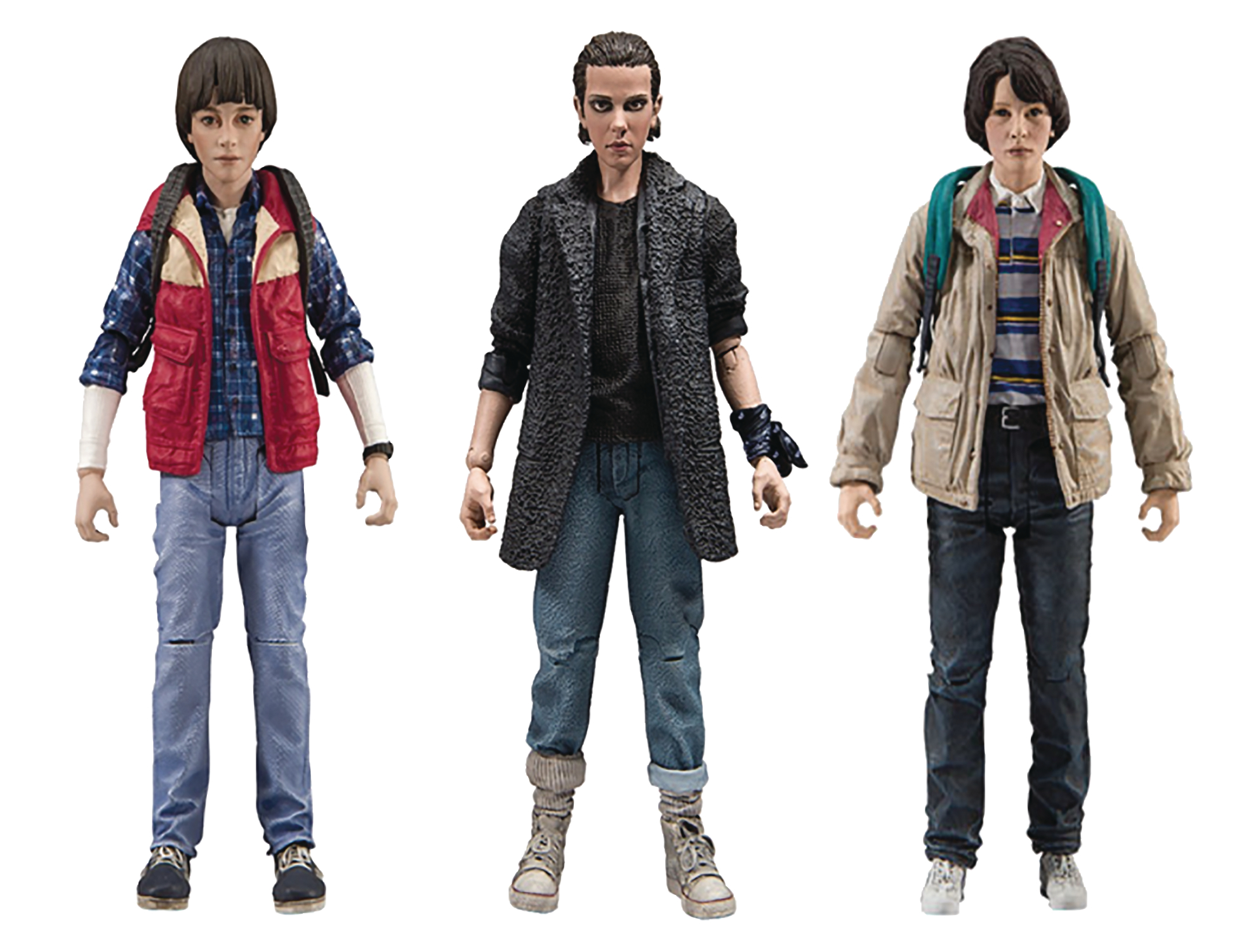 JAN189075
From TMP Toys. One of 2016's most critically acclaimed television programs, A Netflix Original Series Stranger Things, chronicles what happens when a young boy vanishes, leaving the small town he's from to uncover a mystery involving secret experiments, terrifying supernatural forces and one strange little girl. Designed with 12+ points of articulation for dynamic posing, these figures feature stylized Stranger Things branded disk display base and is showcased in retro themed packaging! Collect Will, Mike, and Punk Eleven.