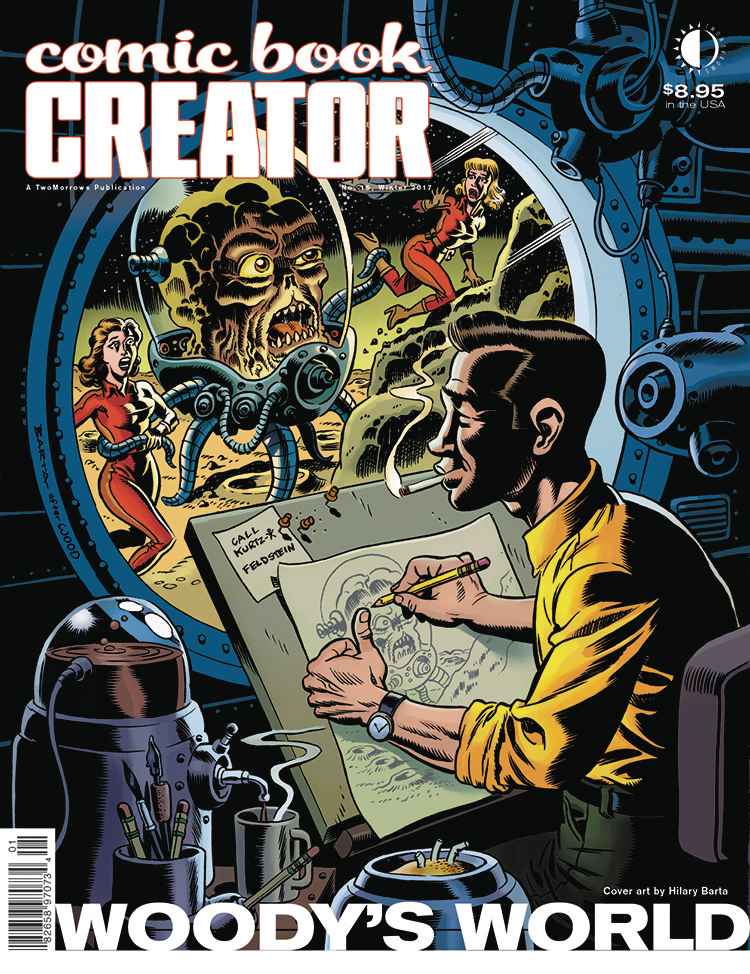 JAN181984
Comic Book Creator takes a look at the legacy and influence of Wallace Wood, one of the greatest comic book artists the world has even known, with a heartfelt tribute about Woody's career. Included is an extended interview with former "Woodworker" Ralph Reese, one of the finest artists to emerge out from under Woody's wing and into a superlative career in the 1970s, whether on Marvel's horror comics, upon the pages of National Lampoon, or in the underground realm. Plus we have a long chat with cover artist Hilary Barta, from his early years as Marvel inker, fondly-recalled Plastic Man, rise with "spitting" Image Comics and America's Best collaborations with Alan Moore, to his current work for Plankton Comics. And, of course, CBC includes its usual informative columns, fascinating features, and the humor of Hembeck!