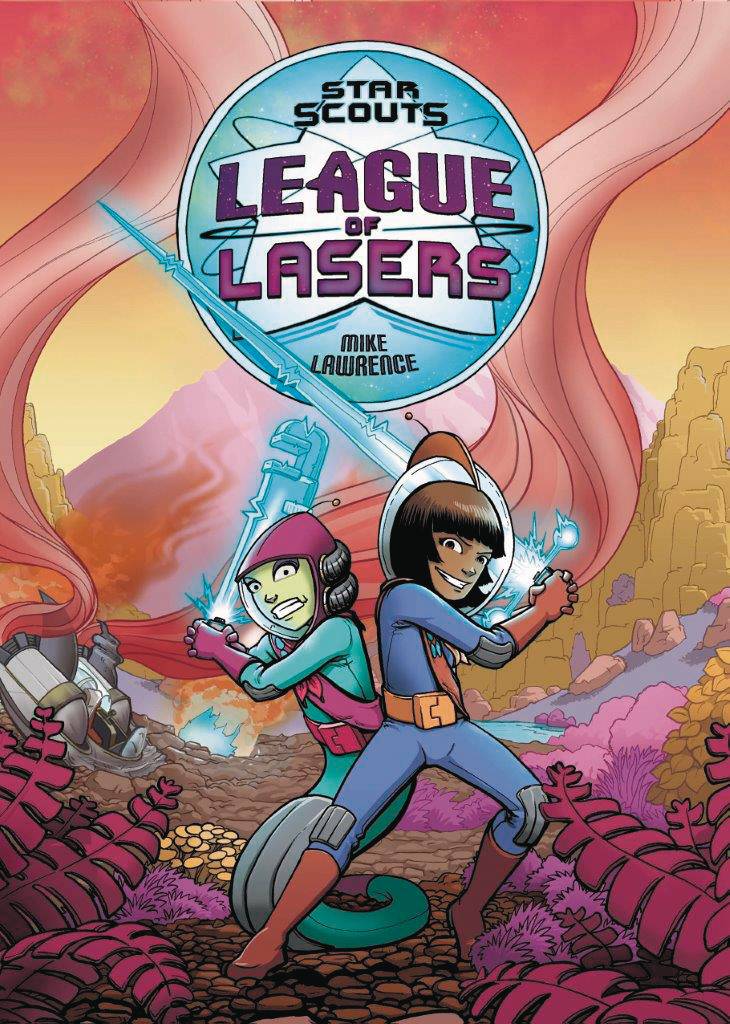 #
JAN181702
(W) Mike Lawrence (A/CA) Mike Lawrence
Avani has found the one place in the universe where she fits in: Star Scouts, a cosmic scouting troop. Among this ragtag group of intergalactic scouts, Avani can really be herself. And now that her new (human) friend, Jen, has joined the troop, things are better than ever. (For Avani, that is; Mabel, her alien best friend, isn't too happy about it.) During a troop meeting, Avani receives an invitation to join a secret society of elite scouts known as the League of Lasers. She is eager to join their ranks, but first she must survive her initiation challenge. Stranded on an uncharted planet, Avani has to contend with the methane atmosphere, hostile frog-like inhabitants, and her dwindling supplies of food and water. But even worse: her arch nemesis, Pam, is stranded there, too!
In Shops: Mar 14, 2018
SRP: $14.99
View All Items In This Series