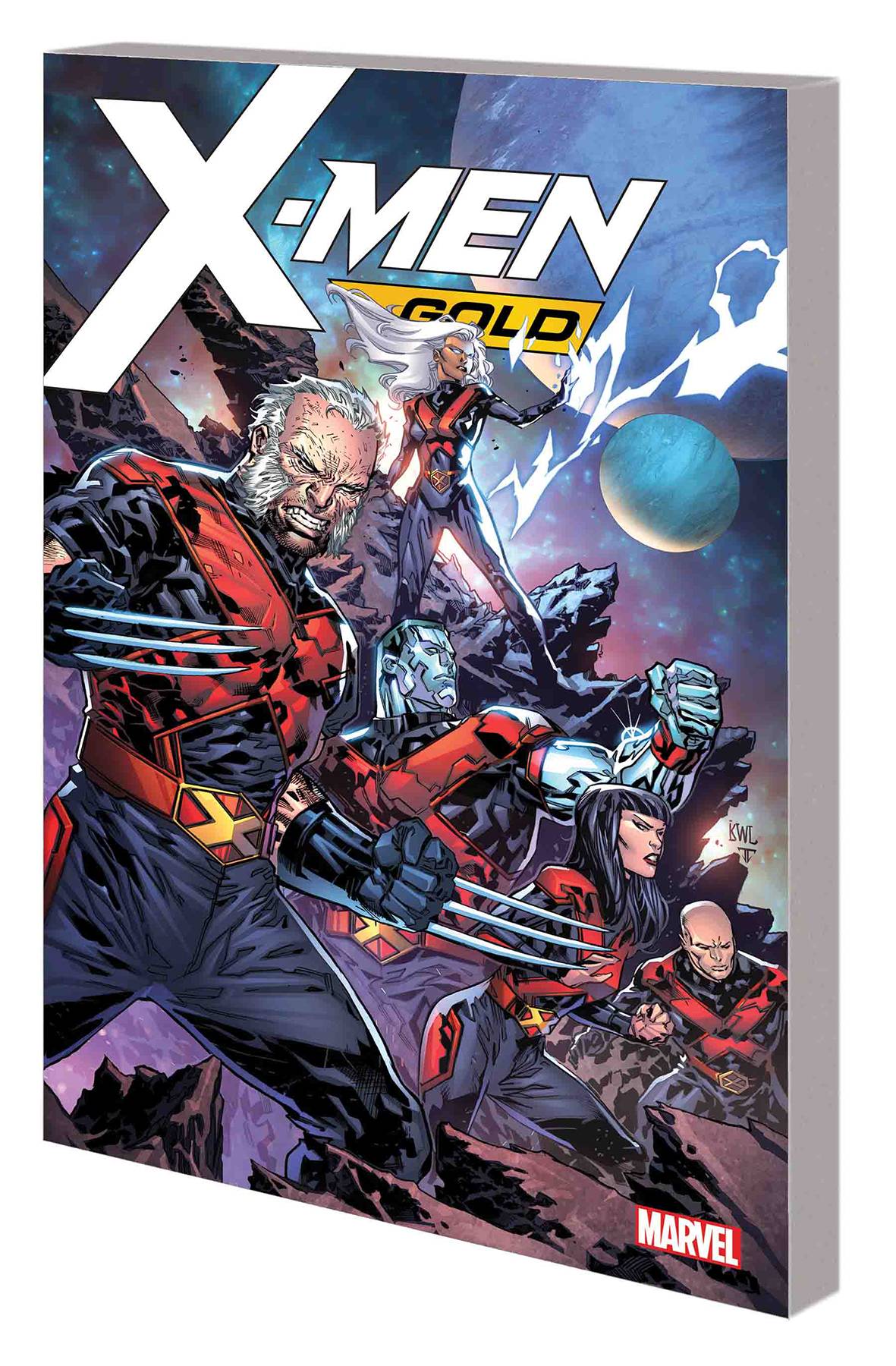 #
JAN181046
(W) Marc Guggenheim (A) Lan Medina (A/CA) Ken Lashley
A cosmic epic, X-Men style! Alien invaders have come to reclaim one of their own, and they're taking one of our heroes with them! That means the rest of the team must follow - into the Negative Zone! But as the truth of the situation slowly unfolds, what does the mysterious Kologoth have planned next? Can the X-Men defeat a god with the fate of an entire world - not to mention a fledgling romance - hanging in the balance? What are they willing to sacrifice? Taking on the might of Scythian will come at a cost - one that might kill them all! Can even the X-Men survive on a barren planet?
Collecting X-MEN GOLD #16-20.
Rated T+
In Shops: Mar 28, 2018
SRP: $15.99
View All Items In This Series