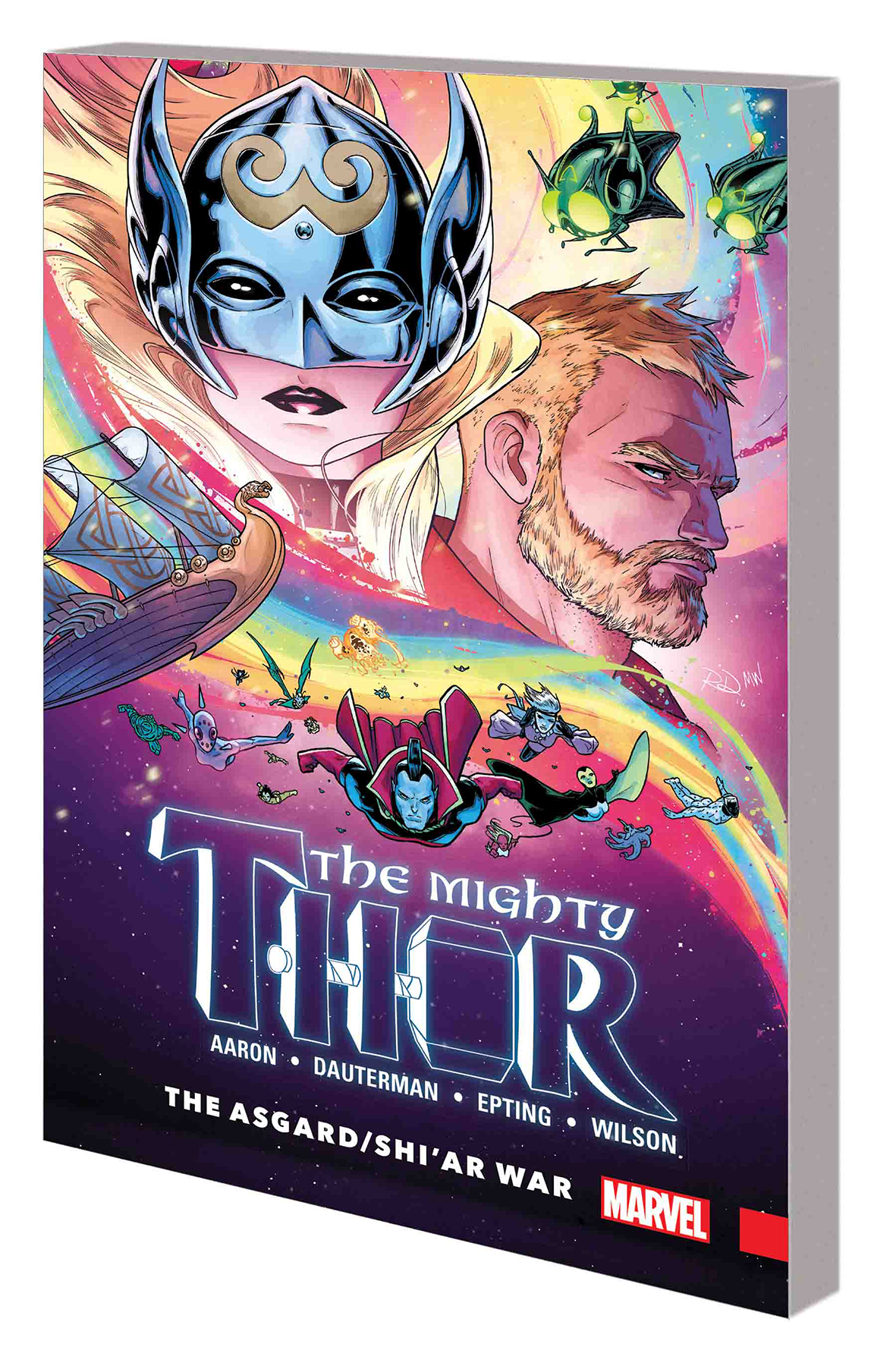 JAN181043
(W) Jason Aaron (A) Steve Epting, Valerio Schiti (A/CA) Russell Dauterman
Two of the Marvel Universe's mightiest races are on a collision course - but first Thor must deal with the escalating War of the Realms! To face Malekith, Loki and an all-new Kurse, she'll need a team of her own. Prepare for the triumphant return of the League of Realms! Far across the galaxy, though, another conflict is brewing as the most powerful super-army in the cosmos prepares a surprise attack on the city of the gods! The Shi'ar Empire will lay siege to Asgardia - and its target is the Goddess of Thunder! But why? And what does the fate of Midgard have to do with it? And where the Shi'ar go, the Phoenix Force tends to follow - which is bad news for Thor! Maybe the returning Odinson could lend a hand - or perhaps, Quentin Quire?! Collecting MIGHTY THOR (2015) #13-19.
Rated T+
In Shops: Mar 28, 2018
SRP: $19.99
View All Items In This Series