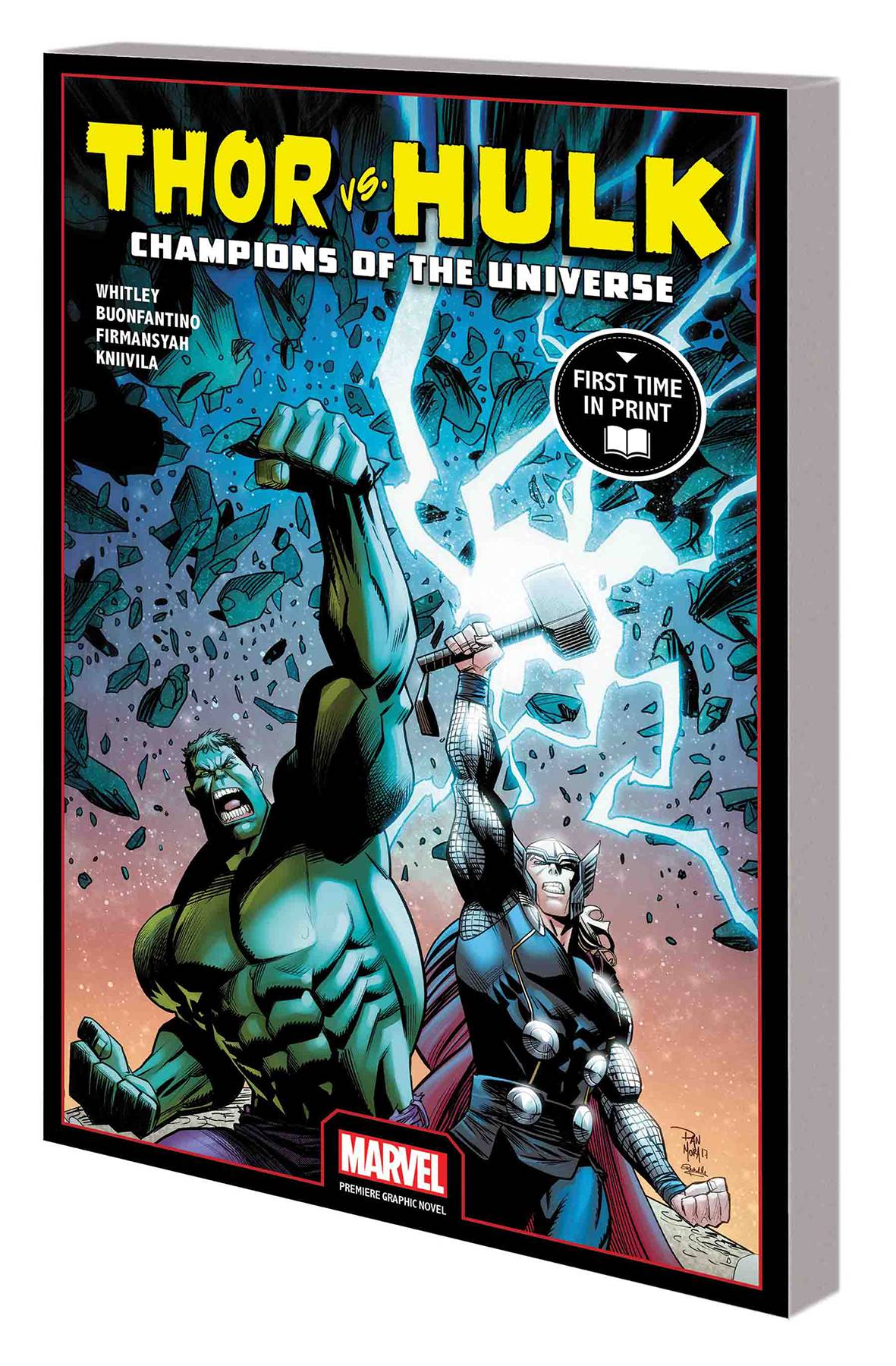 #
JAN181037
(W) Jeremy Whitley (A) Simone Buonfantino, Alti Firmansyah (CA) Dan Mora
An Elder of the Universe has come to Earth, and he means to battle our planet's strongest hero. But will Thor and Hulk ever agree on which one of them that is? Of course not! Asgard's Avenger and the green goliath will have to run a gauntlet of impossible challenges to prove their worthiness to face down this cosmic menace - but what's really waiting for them at the finish line? And can even the two mightiest heroes on the planet smash their way out of this one? Find out in a cosmic battle for the ages!
Rated T
In Shops: Mar 28, 2018
SRP: $14.99