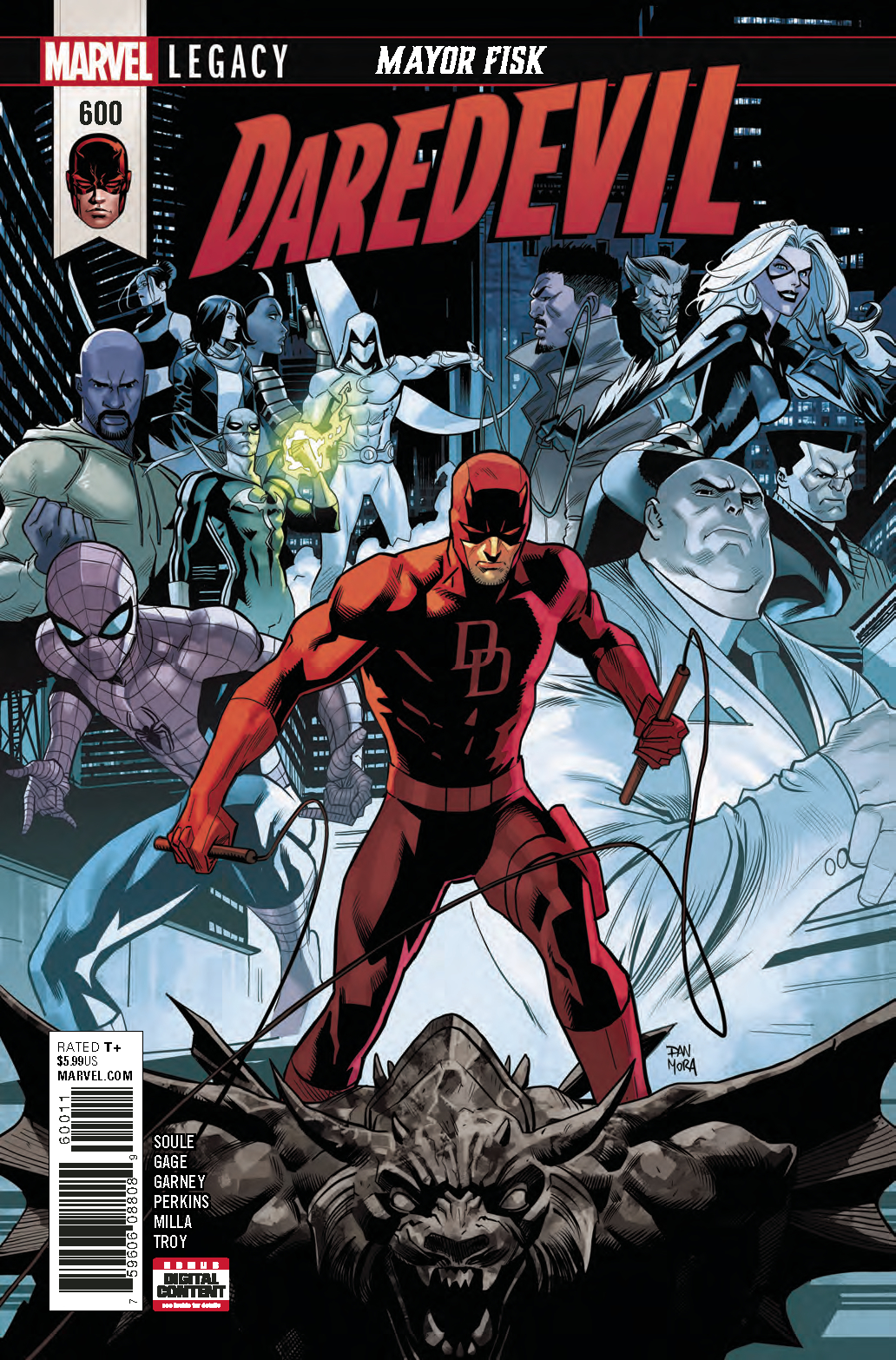 JAN180911
(W) Charles Soule, Christos Gage (A) Ron Garney, Mike Perkins (CA) Dan Mora
MAYOR FISK Conclusion!
OVERSIZED ANNIVERSARY ISSUE!
Daredevil can see the new mayor's machinations coming together...but is he in time to stop them? Guest-starring both the heroes and villains of the New York City streets...this oversized anniversary issue has a surprise ending that will shake the city to its very core! Plus: a look at Foggy & Matt's relationship over the years!
Rated T+
In Shops: Mar 28, 2018
SRP: $5.99
View All Items In This Series