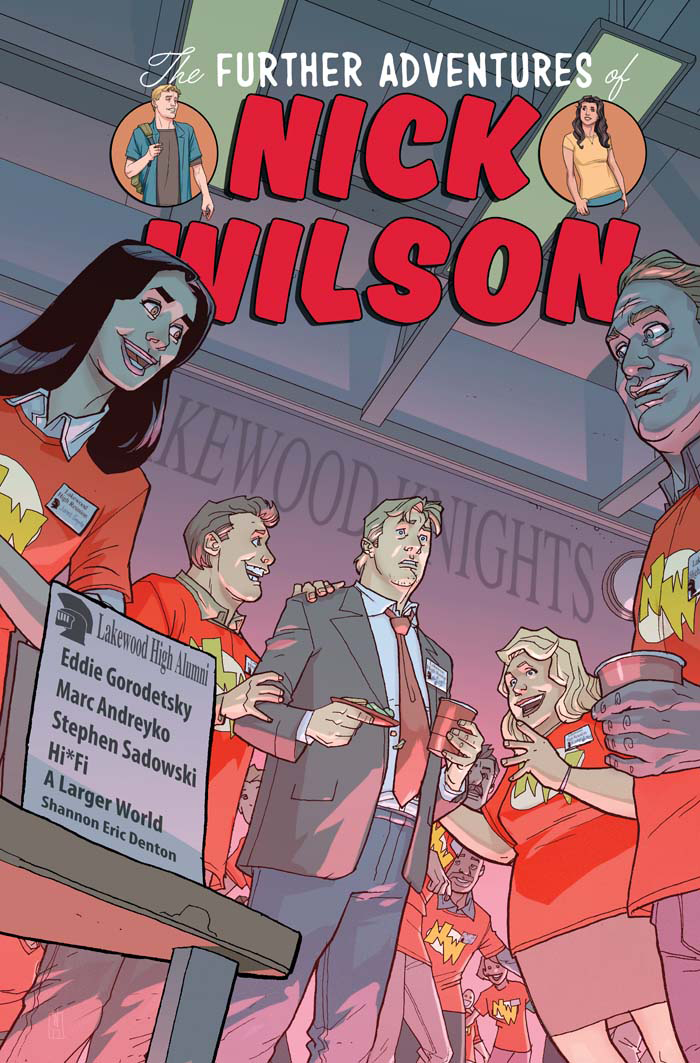 JAN180744
(W) Eddie Gorodetsky, Marc Andreyko (A) Stephen Sadowski (CA) Pete Woods
Nick just made a big decision about his future while his past creeps up on him at his high school reunion! Everybody worries about how they measure up against their classmates, but imagine if all of them saw you crash and burn on CNN. Now, Nick must battle his own self-doubts, face all those former students who knew him, and try to prove to them that he really is not the least likely to succeed-even if he is taking the worst job in the world.
In Shops: Mar 21, 2018
SRP: $3.99
View All Items In This Series