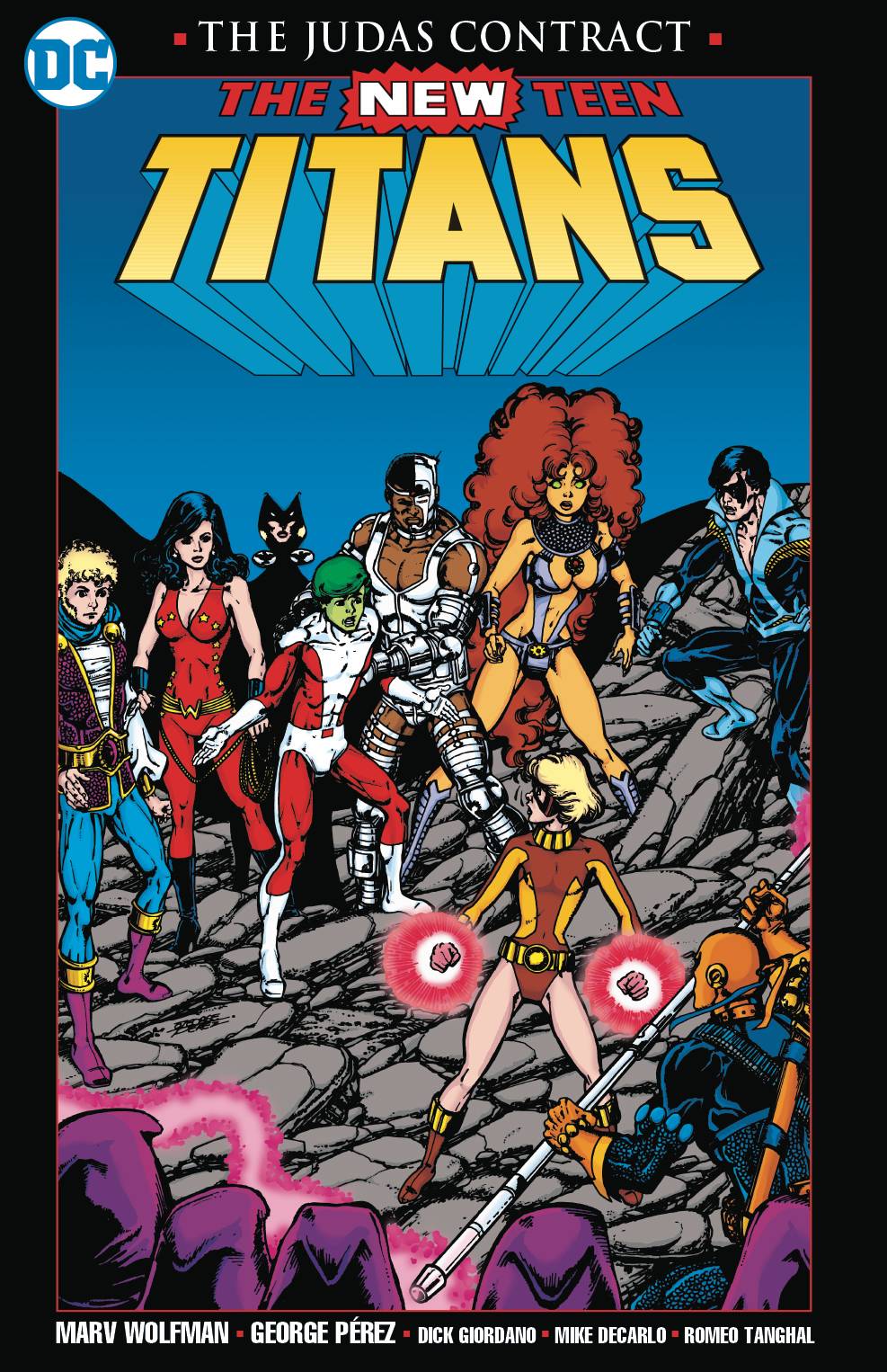 #
JAN178493
(W) Marv Wolfman (A) Dick Giordano, Mike DeCarlo, Romeo Tanghal (A/CA) George Perez
They were Earth's teenage defenders - unbeatable and unstoppable. Riding high, they took an eighth member - a young girl - into their ranks.
She was their downfall.
In the '80s, THE NEW TEEN TITANS was DC's most popular title and a huge sales success. The series reached a high point with the multi-part storyline now reprinted in this new edition featuring the epic that played on comics readers' expectations and offered shocking revelations and surprising twists at every turn. Included are THE NEW TEEN TITANS (Volume One) #39 and 40, TALES OF THE TEEN TITANS #41-44 and ANNUAL #3.
THE JUDAS CONTRACT is by the fan-favorite team of writer Marv Wolfman (CRISIS ON INFINITE EARTHS) & penciller and cover artist George Pérez (Avengers, WONDER WOMAN), with inkers Dick Giordano, Mike DeCarlo and Romeo Tanghal.
From the retirement of Robin and Kid Flash, to the birth of Nightwing and the introduction of Jericho, to the ultimate betrayal of a Titan - "The Judas Contract" kept readers positively riveted during its initial run and still has fans talking today.
Discover for yourself one of the most exciting times in comics history!
In Shops: Apr 26, 2017
SRP: $19.99
ORDER WISH LIST