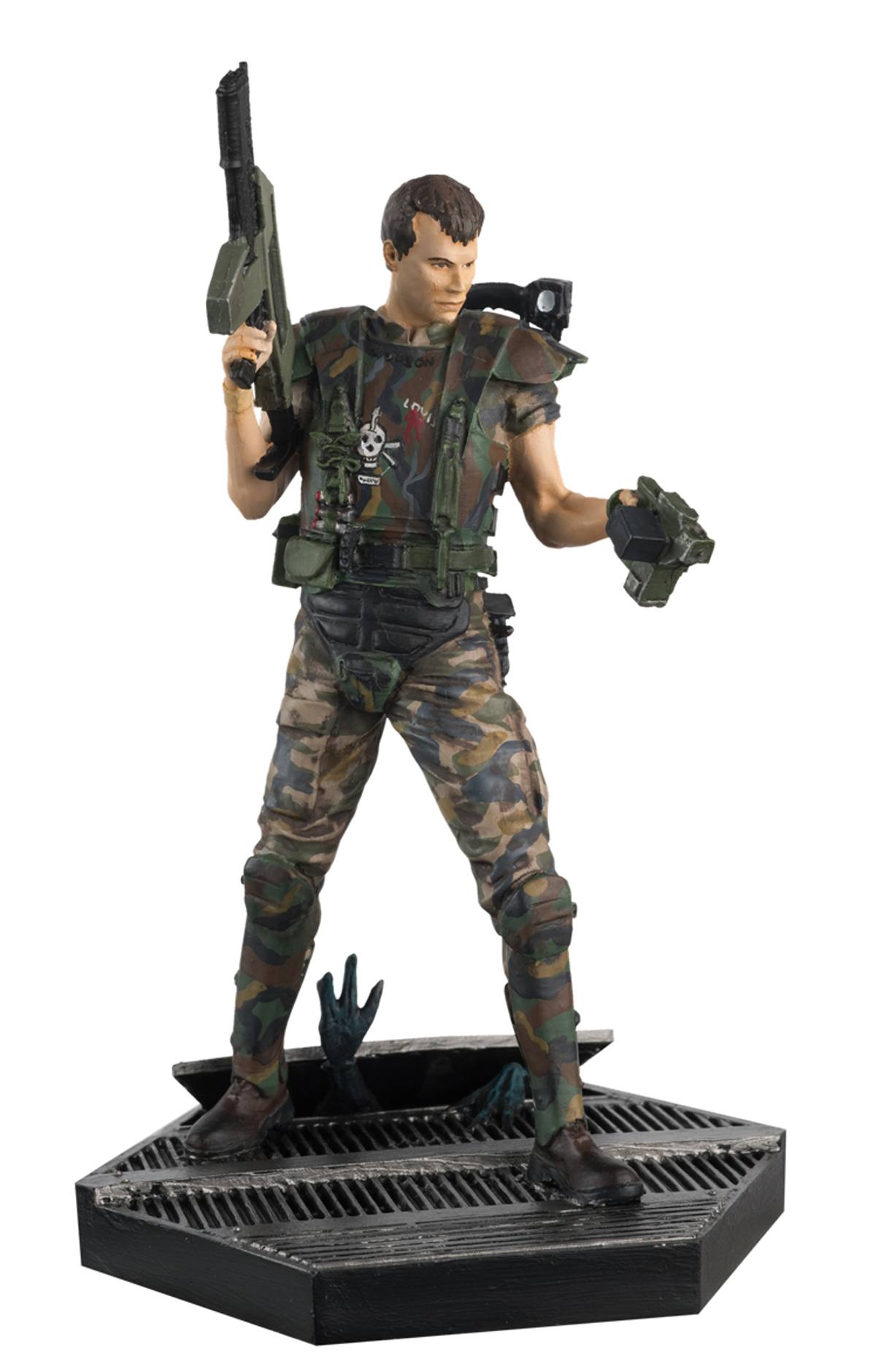 JAN172679
The definitive Alien and Predator figurine collection, presenting characters from the Alien, Predator, AVP and Prometheus movie franchises, in terrifyingly realistic detail at 1:16 scale. These figures are cast in a specially formulated metallic resin and painted by hand.

Private First Class William L. Hudson is one of the Colonial Marines sent to investigate the loss of communication with a terraforming colony on LV-426 in James Cameron's Aliens. A joker in Bravo Team's pack, Hudson cracks under the pressure of the first xenomorph attack but hardens into an excellent soldier when his team is making their last stand. The figurine, featuring Hudson armed with his motion tracker and pulse rifle, is inspired by his final moments.
In Shops: Aug 16, 2017
SRP: $29.95
View All Items In This Series