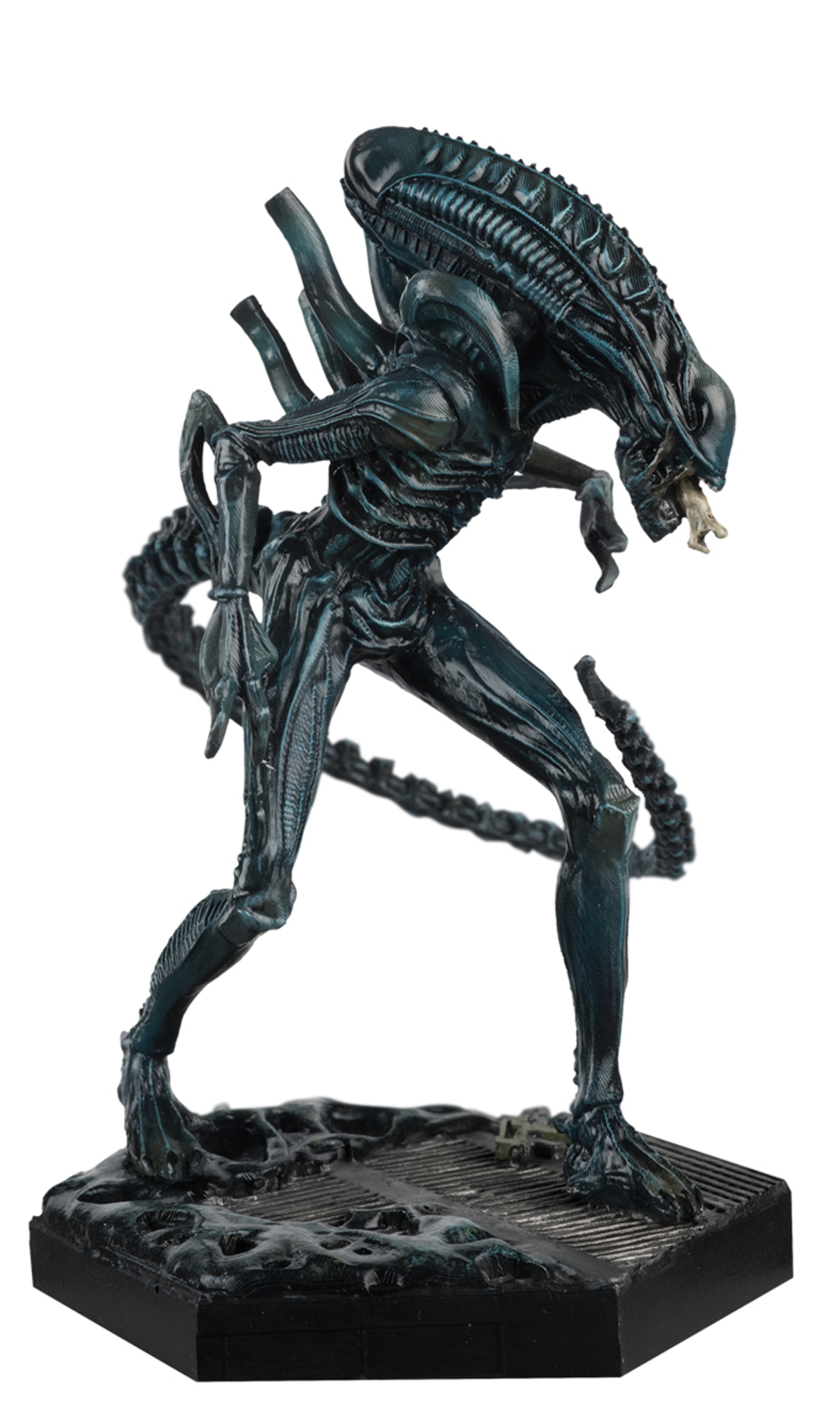 JAN172678
The definitive Alien and Predator figurine collection, presenting characters from the Alien, Predator, AVP and Prometheus movie franchises, in terrifyingly realistic detail at 1:16 scale. These figures are cast in a specially formulated metallic resin and painted by hand.

The xenomorph warrior is tasked with defending its queen and her eggs and is even willing to sacrifice itself to protect the nest. Although it can be differentiated from the lone creature in Ridley Scott's 1979 movie by its ridged head, extra skeletal protrusions and having one thumb rather than two, the warrior is an equally ferocious killer. Your figurine is inspired by the xenomorph ambush on the Colonial Marines as they unknowingly enter an alien hive.
In Shops: Aug 16, 2017
SRP: $29.95
View All Items In This Series