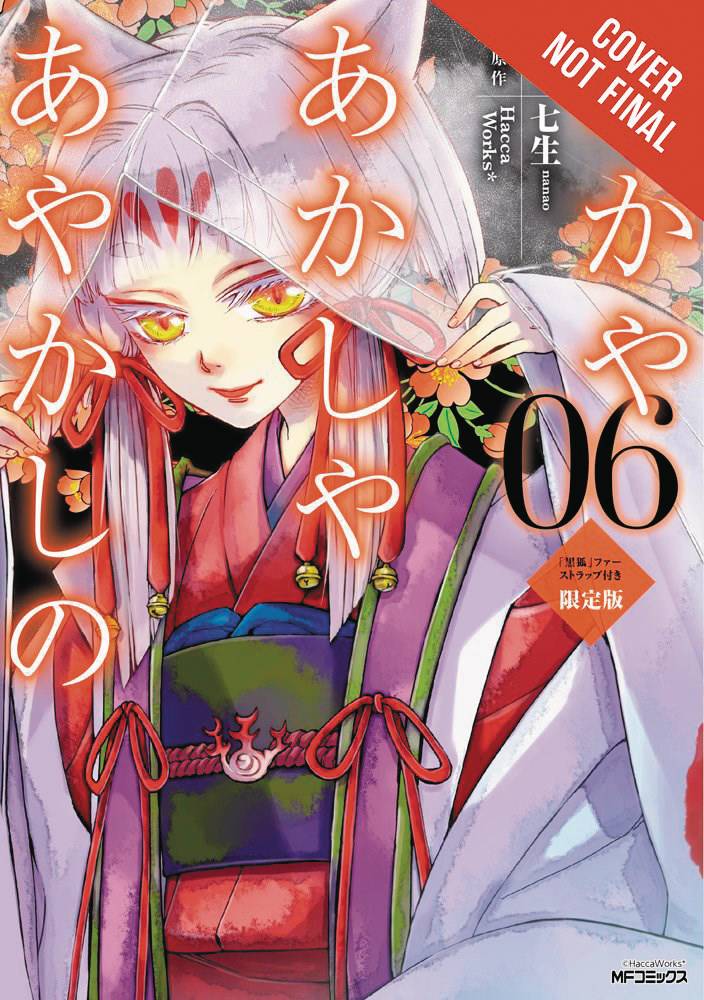 #
JAN172208
(W) HaccaWorks (A/CA) Nanao
Both the Akujiki and Sagano descend upon the shrine of Utsuwa, now with its protective lamp out of commission and its barrier a distant memory. To save the captured Tsubaki, Yue goes up into the shrine with Akiyoshi, where he learns about the ties that bind ayakashi annihilator Sagano, Mikoto, and Shin, and the truth of the past that lies between the three. The beginning of the thread begins to unravel!
In Shops: Mar 15, 2017
SRP: $13.00
View All Items In This Series
ORDER SUBSCRIBE WISH LIST