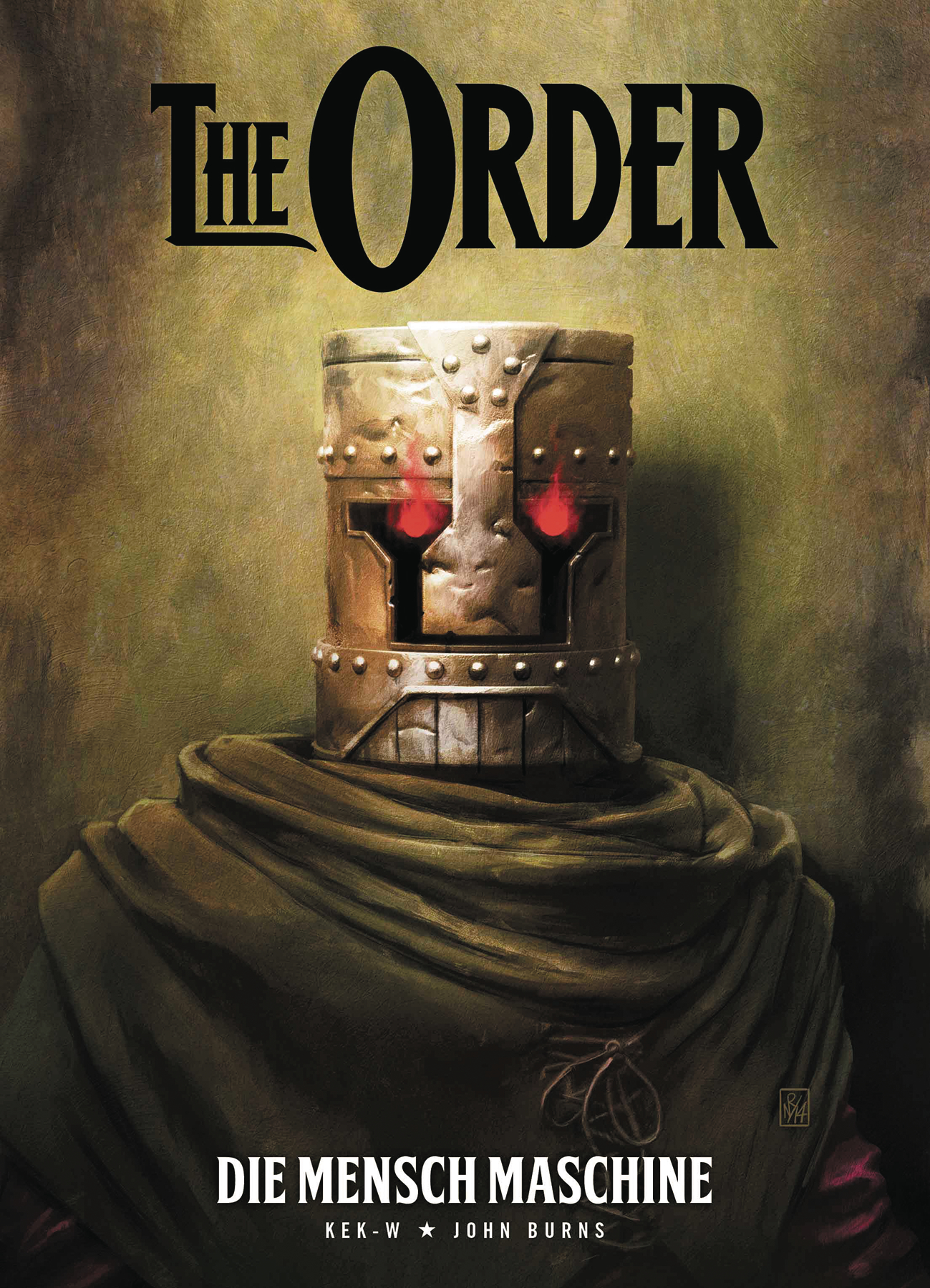 JAN171934
(W) Kek-W (A/CA) John Burns
The Expendables meets H.P. Lovecraft as knights and robots take on a dark, hidden power in medieval Europe! In 13th-century Germany, while reading the papers of her dead father, young Anna Kohl uncovers a shocking secret - that defending Earth from an other-worldly menace is a secret cadre of warriors known only as The Order. Now she and her father's rag-tag former comrades must do battle with the sinister forces of these eldritch creatures! From Teutonic Knights with robot heads to gun-toting warriors in high speed pursuits on the streets of Elizabethan Engand, The Order is an incredible genre mash-up of medieval and Renaissance history, action movies, Michael Moorcock, Jack Vance, and Hammer Horror!