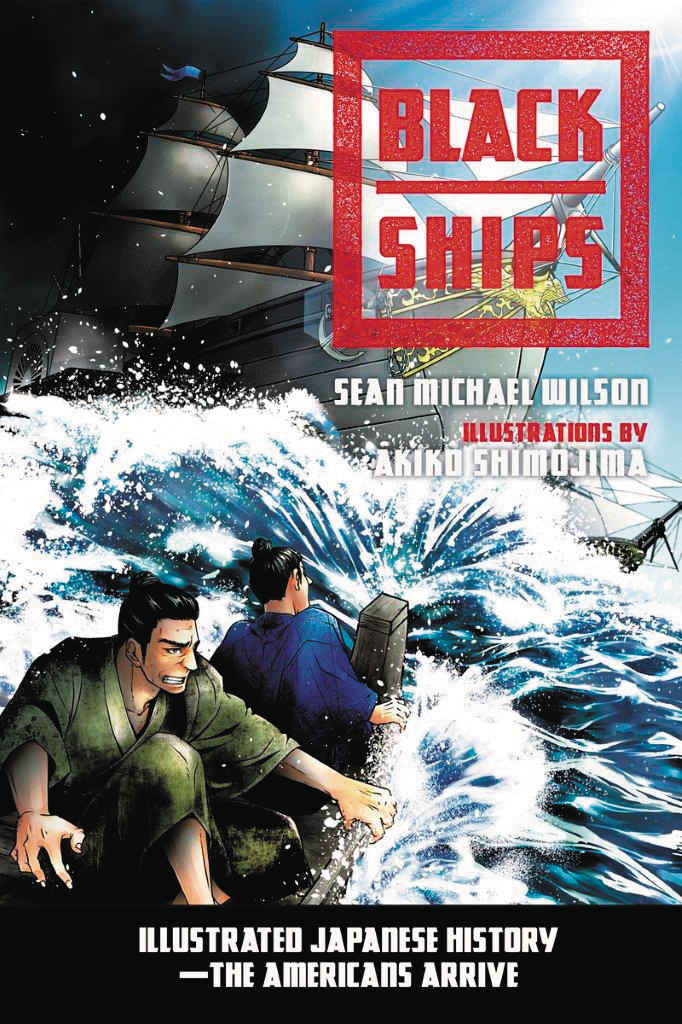 JAN171891
(W) Sean Michael Wilson (A/CA) Akiko Shimojima
In this stirring account of a pivotal moment in modern Japanese history, award-winning author and illustrator team Sean Michael Wilson and Akiko Shimojima tell the story of the four American "Black Ships" that arrived in Japan in 1853 under the command of Commodore Perry to force Japan to open up to trade. The book compellingly portrays the apprehension and confusion of the Japanese people witnessing the Black Ships steaming into view over the horizon; the anxious response of the samurai; the cat-and-mouse game that ensued; the protracted negotiations; and the eventual agreement signed on March 31, 1854, as the Treaty of Kanagawa. Historically accurate and with an easy-to-read visual format, Black Ships conveys the personalities of the key figures in the drama: on one side, Commodore Perry and his captains, and on the other, Shogunate officials Abe Masahiro and Hayashi Akira. Wilson and Shimojima vividly capture the atmosphere of threat and change that pervaded Japan during Bakumatsu, the final years of the Edo period, as the feudal Tokugawa shogunate took its last breaths and gave way to the new Meiji government.
In Shops: Mar 08, 2017
SRP: $12.95
ORDER WISH LIST