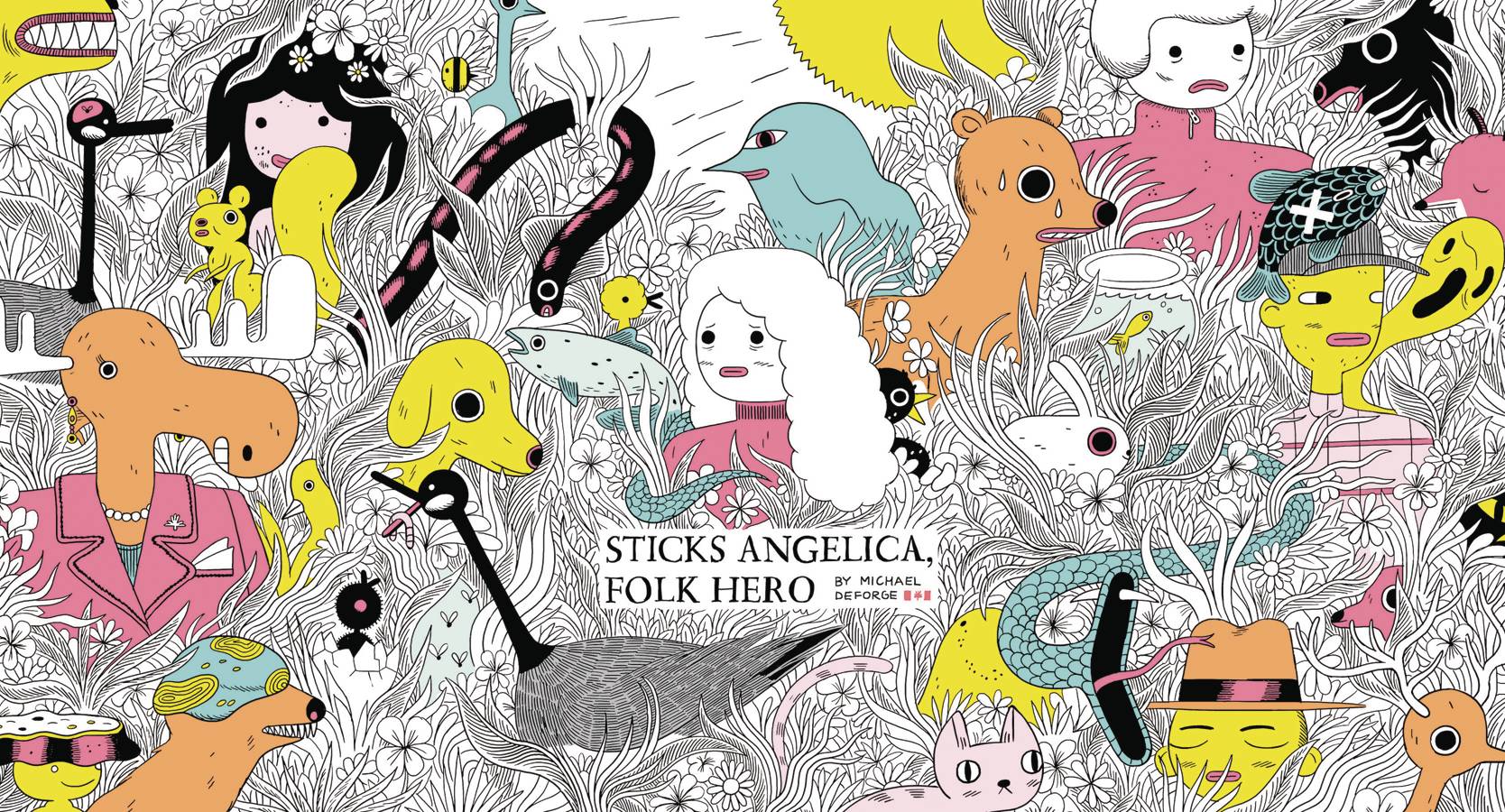 #
JAN171706
(W) Michael DeForge (A/CA) Michael DeForge
Sticks Angelica is, in her own words, "49 years old. Former: Olympian, poet, scholar, sculptor, minister, activist, Governor General, entrepreneur, line cook, headmistress, Mountie, columnist, libertarian, cellist." After a high-profile family scandal, Sticks escapes to the woods to live in what would be relative isolation were it not for the many animals that surround and inevitably annoy her. When a reporter named, ahem, Michael DeForge shows up to interview Sticks for his biography on her, she quickly slugs him and buries him up to his neck, immobilizing him. Instead, Sticks narrates her way through the forest, recalling formative incidents from her storied past in what becomes a strange sort of autobiography.
In Shops: Mar 22, 2017
SRP: $21.95
ORDER WISH LIST