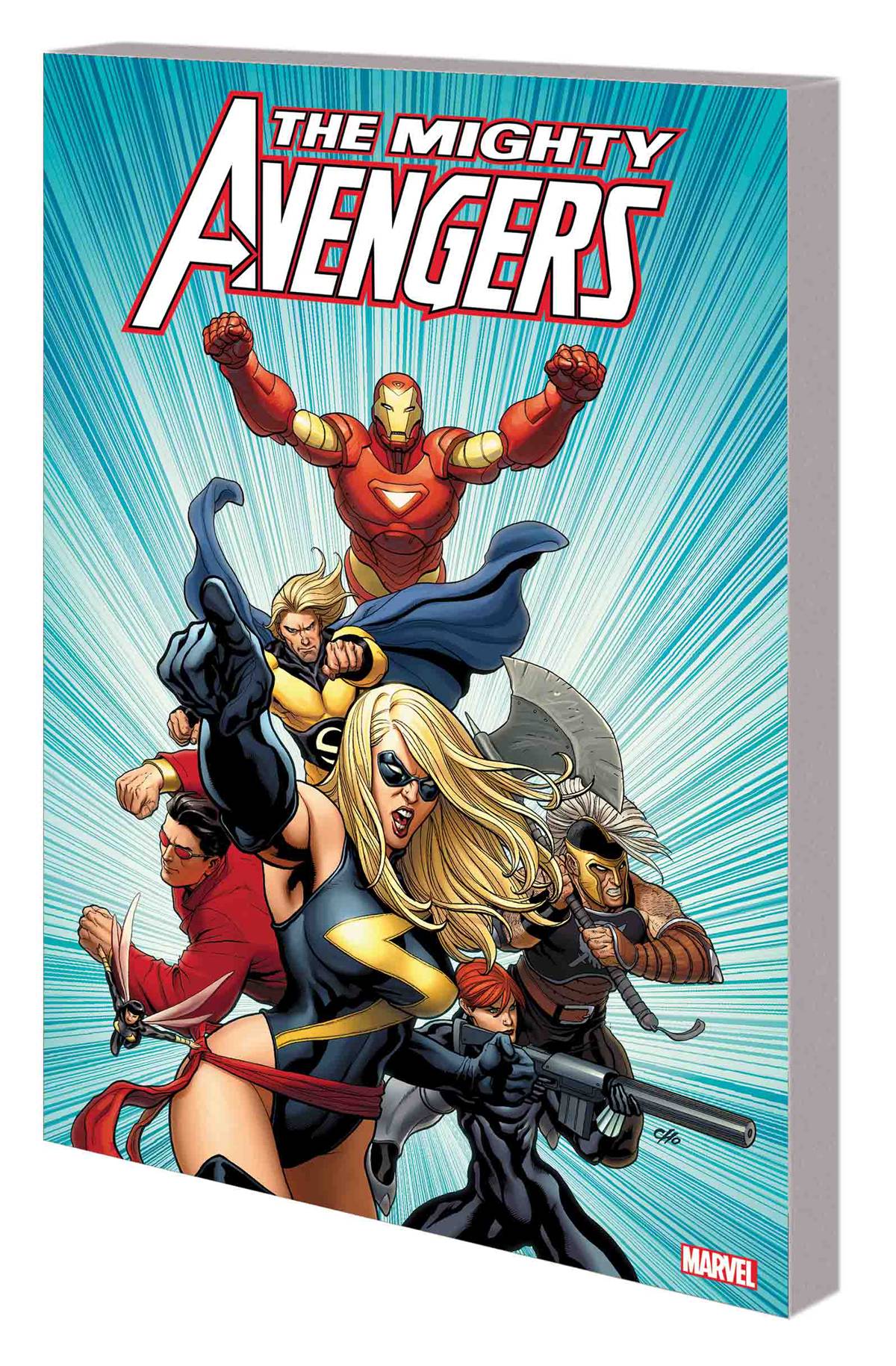 #
JAN171130
(W) Brian Michael Bendis (A) Various (CA) Frank Cho
In the wake of CIVIL WAR, a new team of Avengers assembles - and it's the mightiest of all! Iron Man! Wasp! Black Widow! Ms. Marvel! Wonder Man! Sentry! And Ares, God of War! But even a team this powerful will have its hands full with threats such as Ultron and the Venom bomb! And an even more insidious menace is about to be revealed: a Skrull SECRET INVASION! Just how long has it been under way, and can anyone be trusted? Nick Fury is the man with a plan to save the Earth - but who are the young warriors he has waiting in the wings? And the return of legendary Kree hero Mar-Vell raises even more questions. What role will he and young Marvel Boy play? It's Brian Michael Bendis' full MIGHTY AVENGERS run between two covers! Collecting MIGHTY AVENGERS (2007) #1-20.
Rated T+
In Shops: Apr 05, 2017
SRP: $39.99
ORDER WISH LIST