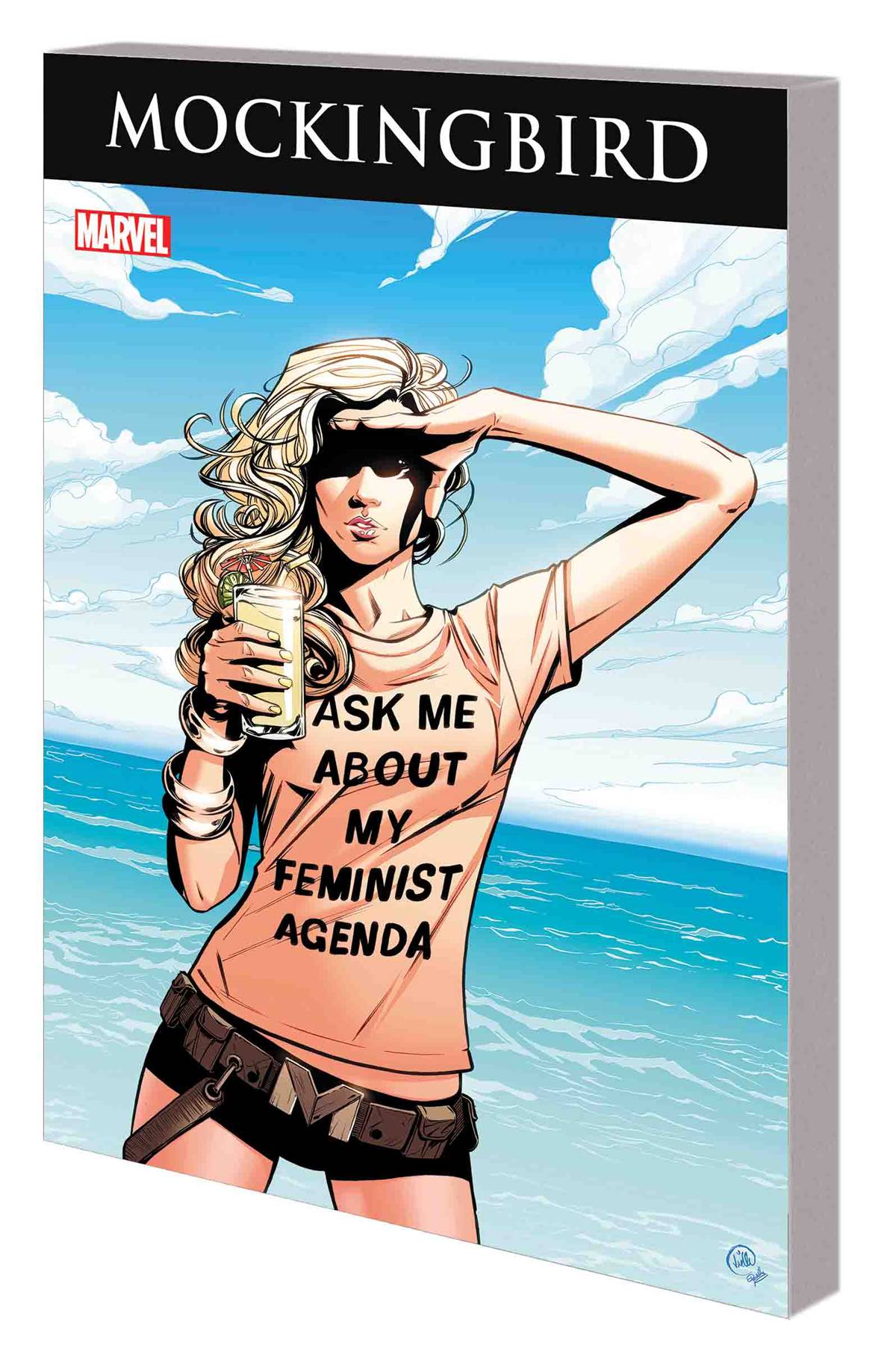 #
JAN171128
(W) Chelsea Cain, Brian Michael Bendis (A) Various (CA) Jo?lle Jones
A top-secret mission on a tropical cruise. Sounds nice, right? Turns out it's a super-hero-themed cruise - a floating comic con! Trapped on a ship with a thousand cosplayers - unwelcome reminders of caped colleagues she was trying to avoid - this dream assignment turns into Mockingbird's nightmare. Throw in an ex-boyfriend who keeps showing up, an ex-husband casting a long shadow, a murder on board, and several dozen corgis, and Bobbi Morse is bound to get a sinking feeling - even before the boat ends up adrift in the Bermuda Triangle! In one of Earth's supernatural hotspots, Bobbi will face a ghost from her past. Can she lay it to rest once and for all? Plus: an adventure of the New Avengers that's a matter of life and death for Mockingbird! Collecting MOCKINGBIRD #6-8 and NEW AVENGERS (2010) #13-14.
Rated T+
In Shops: Apr 19, 2017
SRP: $15.99
View All Items In This Series