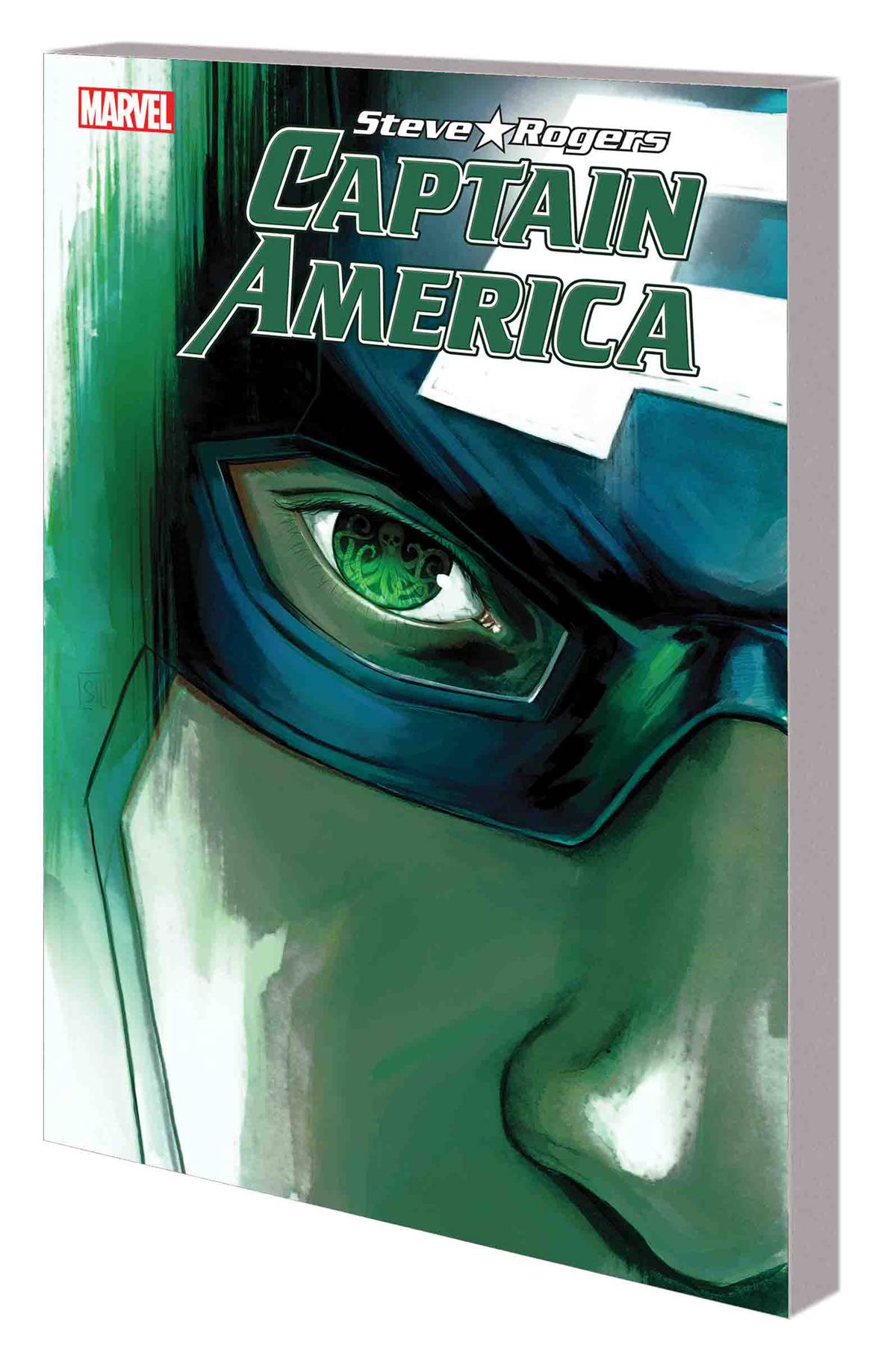 #
JAN171120
(W) Nick Spencer (A) Jesus Saiz, Rod Reis (CA) Stephanie Hans
Hail Hydra! As Red Skull marches across Europe, S.H.I.E.L.D. falls apart at the seams - and the trial of Maria Hill begins! Steve Rogers opens a door - and the secret behind it will shake the Marvel Universe to its core! And as Captain America searches desperately for the cosmically powerful Kobik, he seeks aid from Avril Kincaid, the all-new Quasar! But threats soon begin to mount - one from beyond the stars, and another in the form of the unbeatable Taskmaster! He's learned Cap's greatest secret, so what will his next move be? And as Hill's trial reaches its dramatic conclusion, who will be the new head of S.H.I.E.L.D.? Collecting CAPTAIN AMERICA: STEVE ROGERS #7-11.
Rated T+
In Shops: Apr 12, 2017
SRP: $15.99
View All Items In This Series