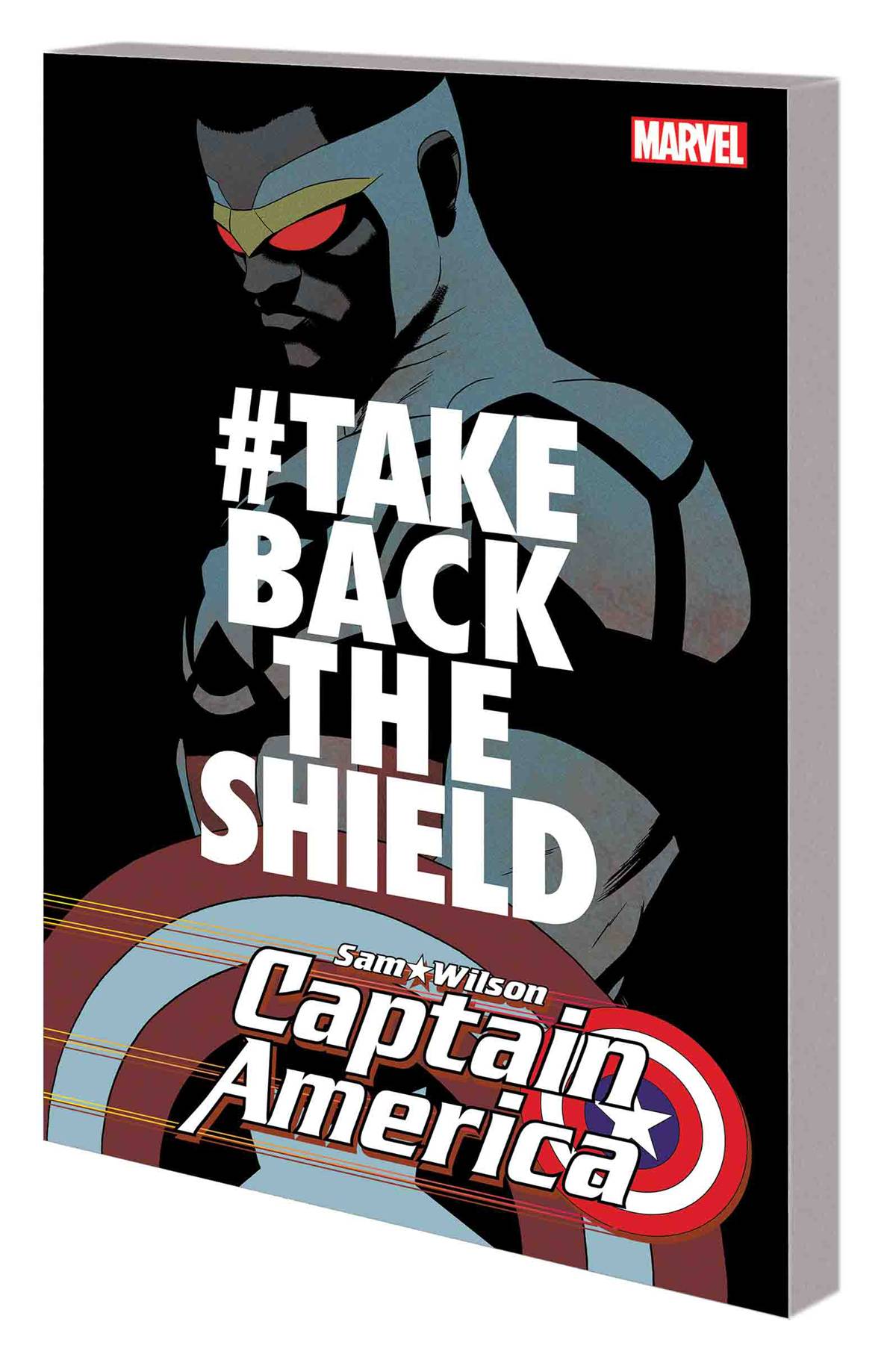 #
JAN171119
(W) Nick Spencer, Mark Gruenwald (A) Various (CA) Marcos Martin
The world has received an ultimatum: Peace in our time - or face the fury of the Flag-Smasher! Amid the trending torment of #TakeBacktheShield, a defiant Sam Wilson stands against a rising tide. But he is not alone! For one thing, he has Captain America: Steve Rogers at his side! That's a good thing, right? Then there's Misty Knight, who is eminently capable of taking matters into her own hands - just don't call her a sidekick! And because you - well, somebody, probably - demanded it, D-Man gets his moment in the sun! But when the all-new Falcon and Rage get together, surely nothing good can come of it! Plus: A classic tale that pits Steve Rogers against a very serpentine president! Collecting CAPTAIN AMERICA: SAM WILSON #14-17 and CAPTAIN AMERICA (1968) #344.
Rated T+
In Shops: Apr 19, 2017
SRP: $17.99
View All Items In This Series