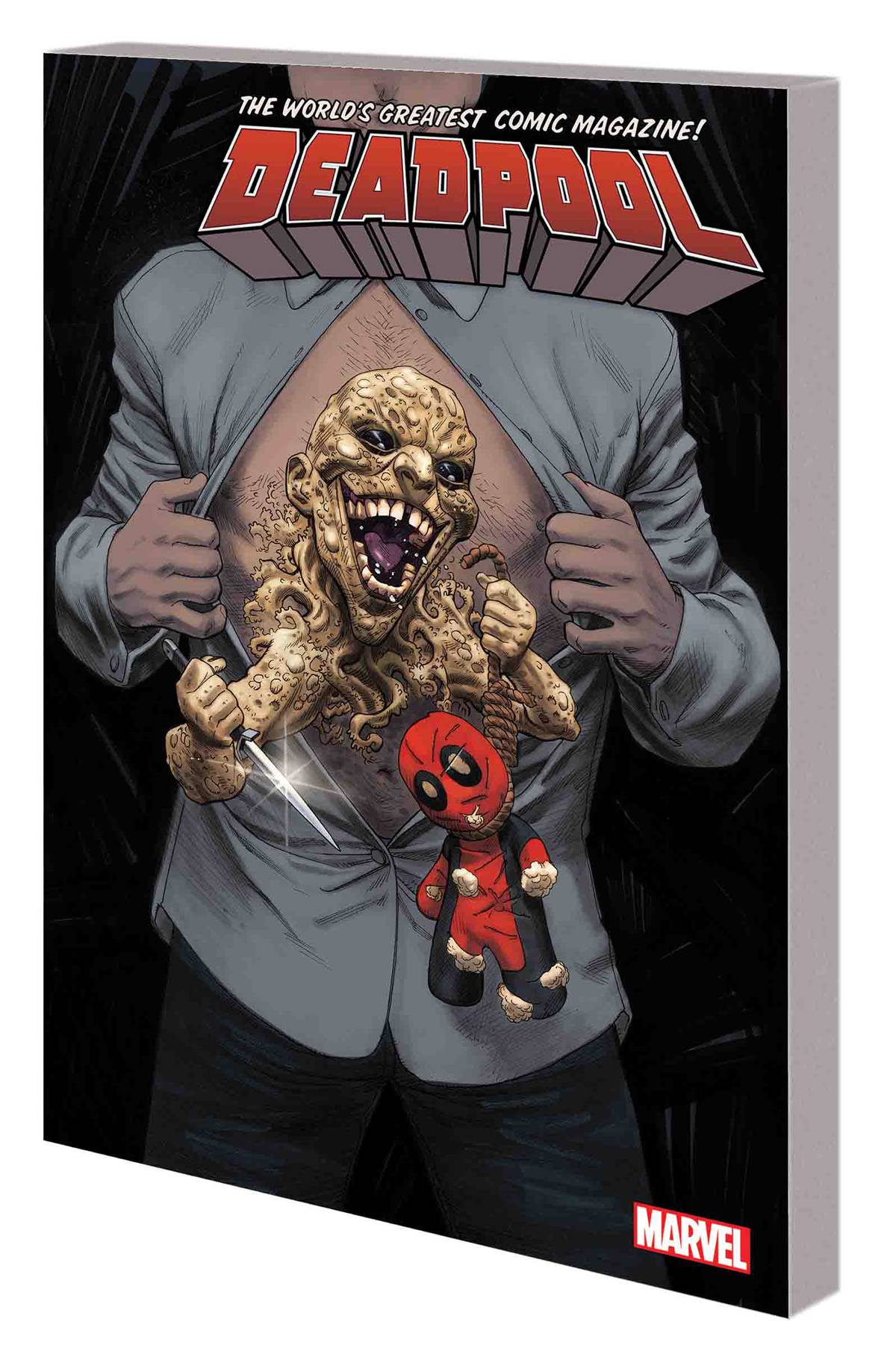 #
JAN171118
(W) Michael Duggan (A) Matteo Lolli, Scott Koblish (CA) Tradd Moore
You can't keep a good Madcap down! Deadpool's greatest nemesis is back - in the most horrific way possible. Has the villain who was once a voice in Wade Wilson's head finally orchestrated his perfect revenge on the man who rejected him? Has he found a way to kill Wade once and for all? Or could Madcap's plan actually be worse than that? As the noose tightens around Deadpool's neck, the Merc with a Mouth takes matters into his own hands! Will he make a deal with the devil to save a loved one? Surely no Marvel hero would do such a thing! Plus: Go back to the future for the thrilling adventures of Deadpool 2099 as Wade's daughters battle for his legacy, and Iron Fist shows just how immortal he is! Collecting DEADPOOL (2015) #20, #21 (A STORY) and #22-25.
Parental Advisory
In Shops: Apr 26, 2017
SRP: $17.99
View All Items In This Series