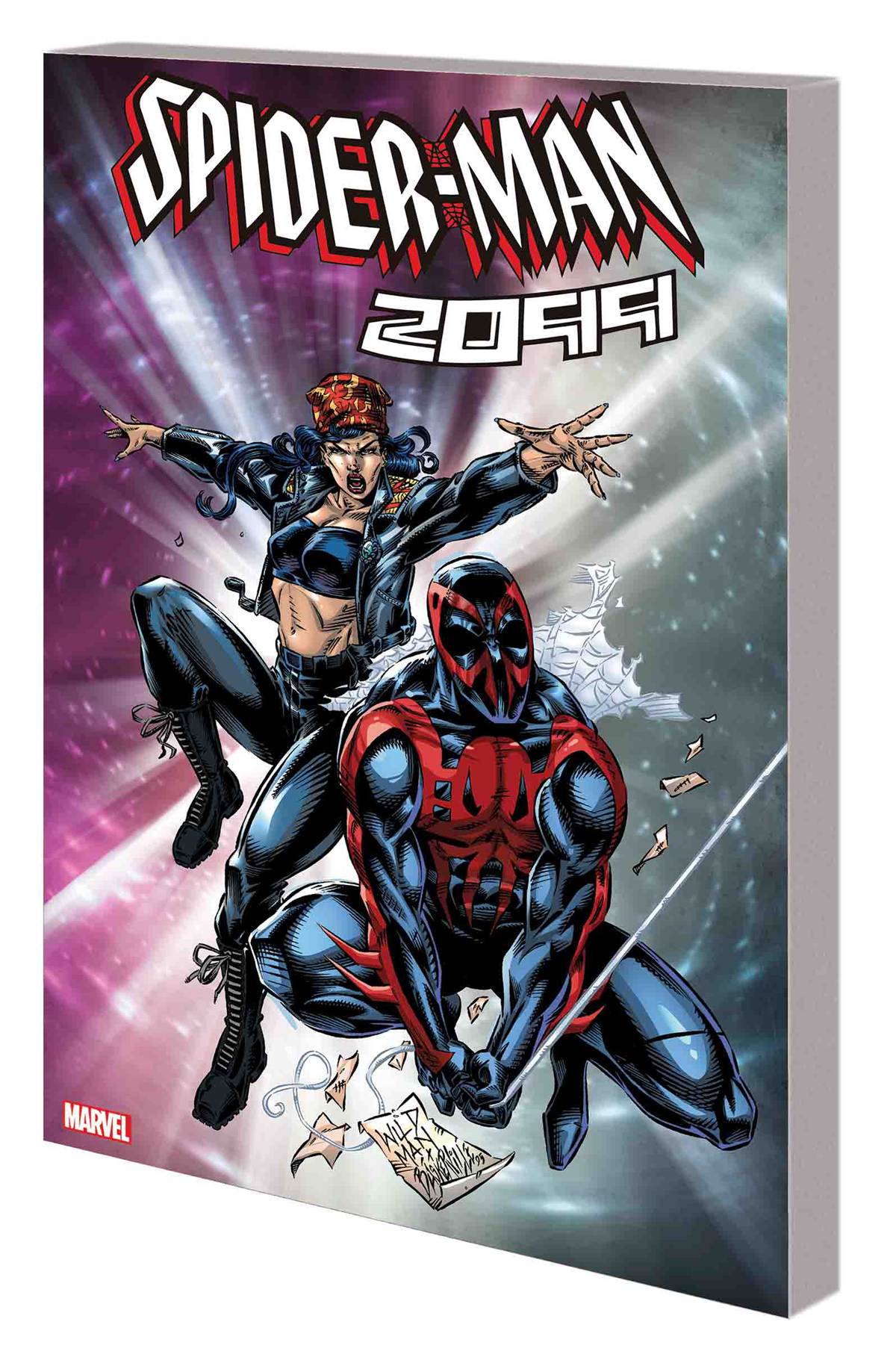 #
JAN171115
(W) Peter David, Terry Kavanagh (A) Various (CA) Andrew Wildman
Old friends, new foes! Miguel's brother, Gabriel, knows his secret, and Spider-Man 2099's life gets more complicated than ever as he faces the cyborg siblings Risque and Venture amid the ever-tangled web of romance. But nothing compares to the family strife that results when Miguel finds his mother with...Tyler Stone! And when that leads to revelations about his origin as Spider-Man, the truth will hurt Miguel - big time. Then, when Alchemax's Corporate Raiders plan a very hostile takeover of rival Nightshade, Spidey makes it his business to step in. But can he catch Flipside, an android amalgam of Spider-Man and Venom? If that isn't odd enough, get ready for Strange - Sorceress Supreme of 2099! Plus: Learn more about our hero's past in the adventures of young Miguel! Collecting SPIDER-MAN 2099 (1992) #23-33 and material from 2099 UNLIMITED #8.
Rated T
In Shops: Apr 19, 2017
SRP: $34.99
View All Items In This Series
ORDER WISH LIST