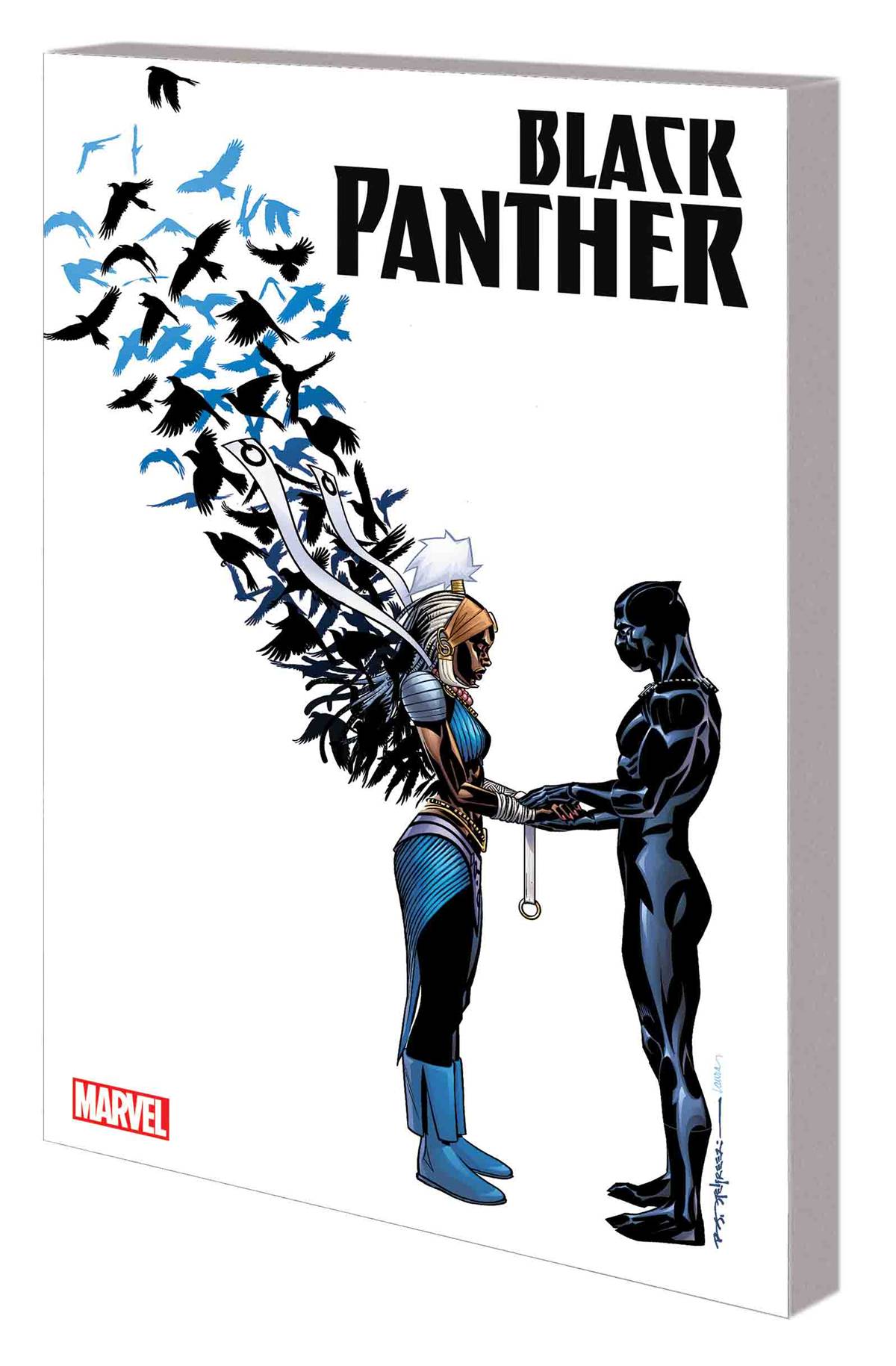 #
JAN171111
(W) Ta-Nehisi Coates, Jonathan Hickman (A) Various (CA) Brian Stelfreeze
The full truth of The People's revolution - and the power players supporting it - has been revealed! Now, T'Challa must fight like never before for the fate of his nation - and one of his most trusted allies is back to stand by his side. As the final battle begins, the entirety of Wakanda's glorious history may be their most potent weapon. But even if The People fall, can the monarchy still stand? With the Midnight Angels, the Dora Milaje, the Hatut Zeraze, Tetu, Zenzi, Changamire, Manifold and more in the mix, the pieces are all in position; now it's time for Ta-Nehisi Coates to knock over the board as his revitalization of Black Panther continues! One way or another, Wakanda will be ushered into a bold new future! Collecting Black Panther (2016) #9-12, plus New Avengers (2013) #24, and material from issues #18 and #21.
Rated T
In Shops: Apr 12, 2017
SRP: $16.99
View All Items In This Series