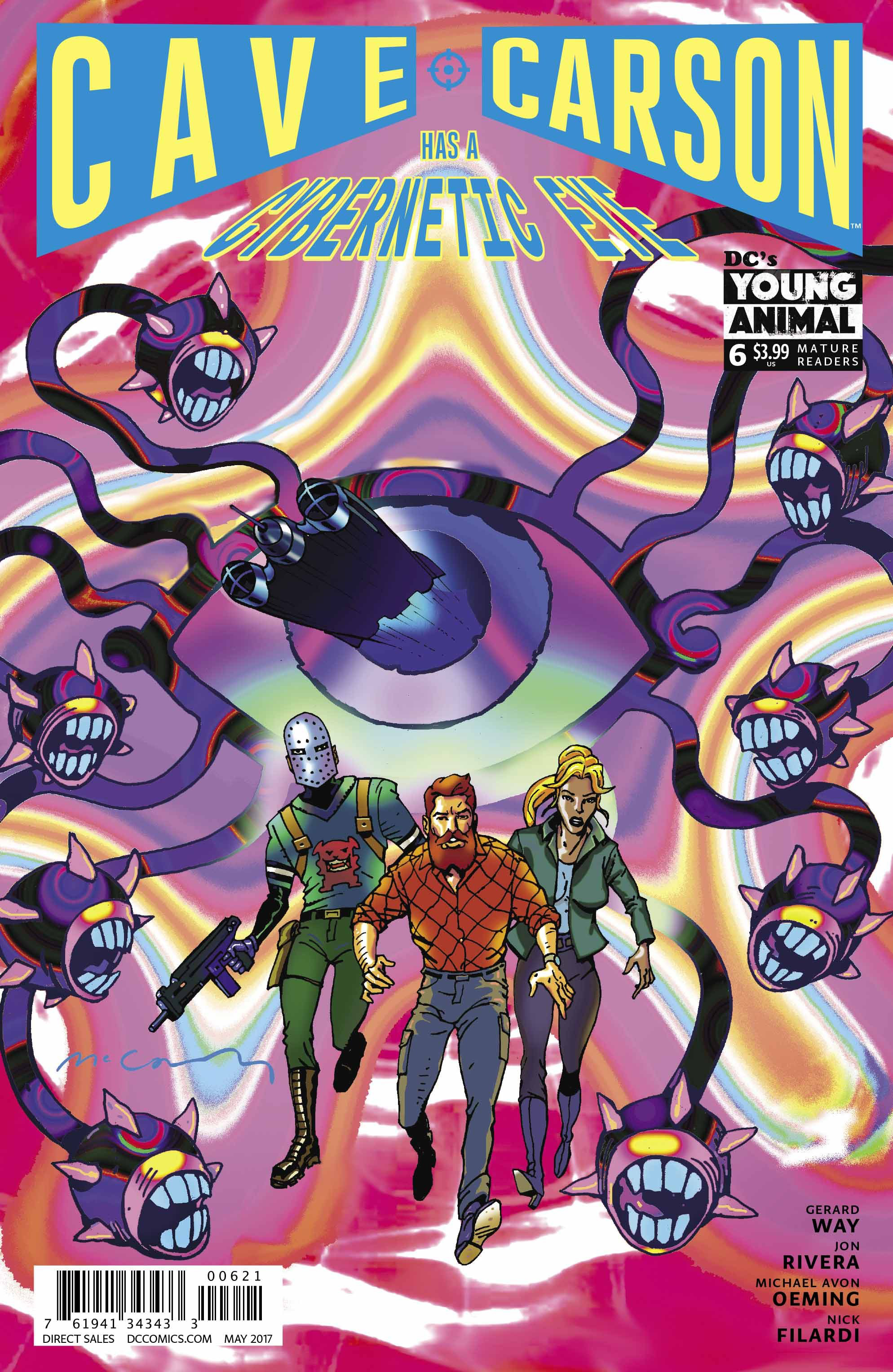 JAN170368
(W) Jonathan Rivera (A) Michael Avon Oeming (CA) Brendan McCarthy
The end of the beginning is here! Cave Carson and company must battle through hordes of Fungus Beasts to prevent EBX from awakening the ancient being known as the Whisperer. With the fate of the world hanging in the balance, how can a spelunker, a vigilante and a college sophomore defeat an ancient evil? Don't worry, because Cave Carson has a plan! Whether it's a good plan remains to be seen...
In Shops: Mar 15, 2017
SRP: $3.99
View All Items In This Series