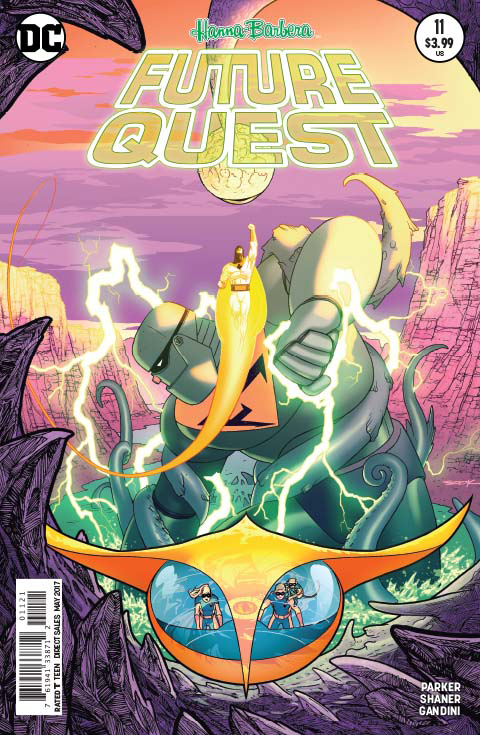 JAN170342
(W) Jeff Parker (A) Evan "Doc" Shaner (CA) Ryan Sook
City after city falls as Omnikron razes planet Earth! With  no way to evacuate in the face of attack, the only course is to make a stand! Space Ghost assesses his new allies and forms the boldest plan yet to stop the terror of the galaxy. Robots, monsters, kids and mad scientists are the only hope for the future!
In Shops: Mar 22, 2017
SRP: $3.99
View All Items In This Series