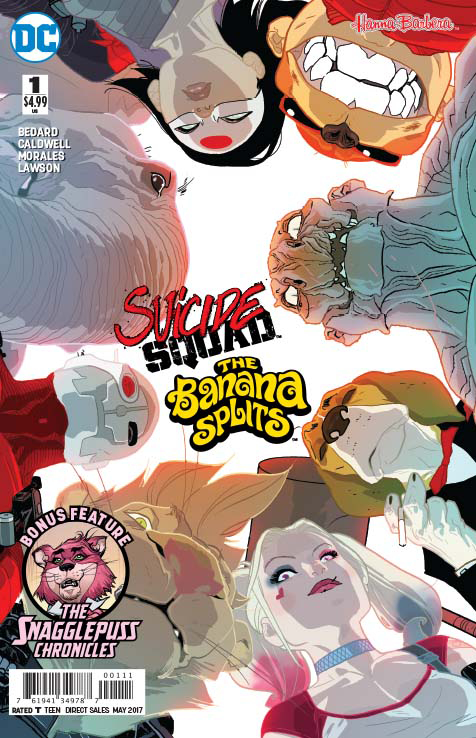 JAN170337
(W) Antony Bedard, Mark Russell (A) Ben Caldwell, Howard Porter, Mark Morales (CA) Clyde Caldwell
"SUICIDE SPLITS"! Mistaken for metahumans, thrown in the bowels of Belle Reve, the animal rock band Banana Splits are recruited by Amanda Waller for a secret mission: to save the Suicide Squad! What follows is the weirdest team-up you never thought you'd see! How can Fleegle, Bingo, Drooper and Snorky stand up to Harley, Deadshot, Katana and Croc?! And in the backup feature, Snagglepuss is a Southern gothic playwright working with an ensemble cast of cultural figures, exploring an intensely creative time in the New York City theater scene of the 1950s...
In Shops: Mar 29, 2017
SRP: $4.99
View All Items In This Series