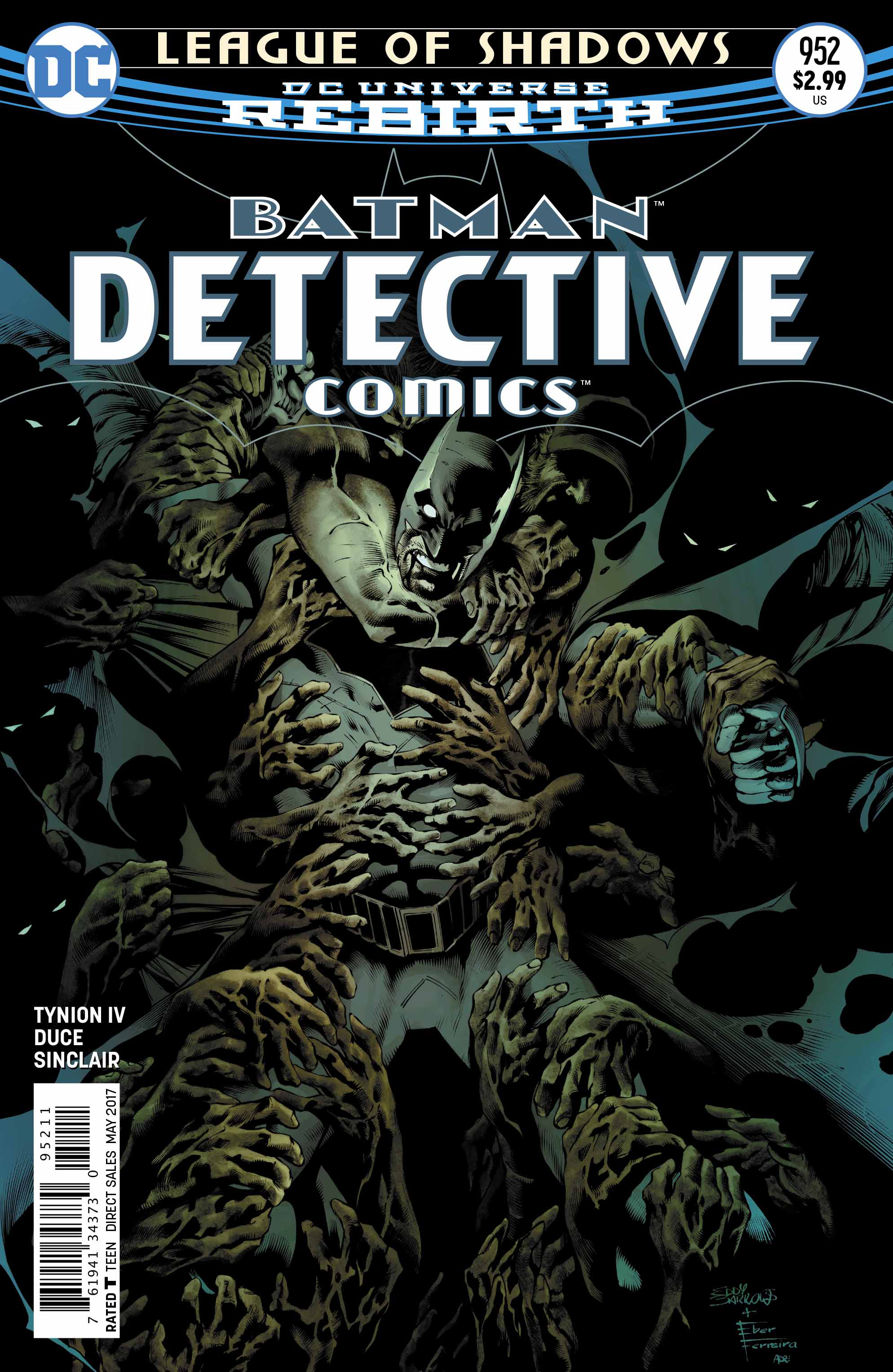 JAN170257
(W) James TynionIV (A) Christian Duce, Fernando Blanco (CA) Eddy Barrows, Eber Ferreira
"League Of Shadows" part three! Batman's team faces the League of Shadows, which believes in only one thing: complete and utter destruction! The League's plan for the city is revealed... but can even that secret compare to the bombshell that is the identity of Cassandra Cain's mother?
In Shops: Mar 08, 2017
SRP: $2.99
View All Items In This Series