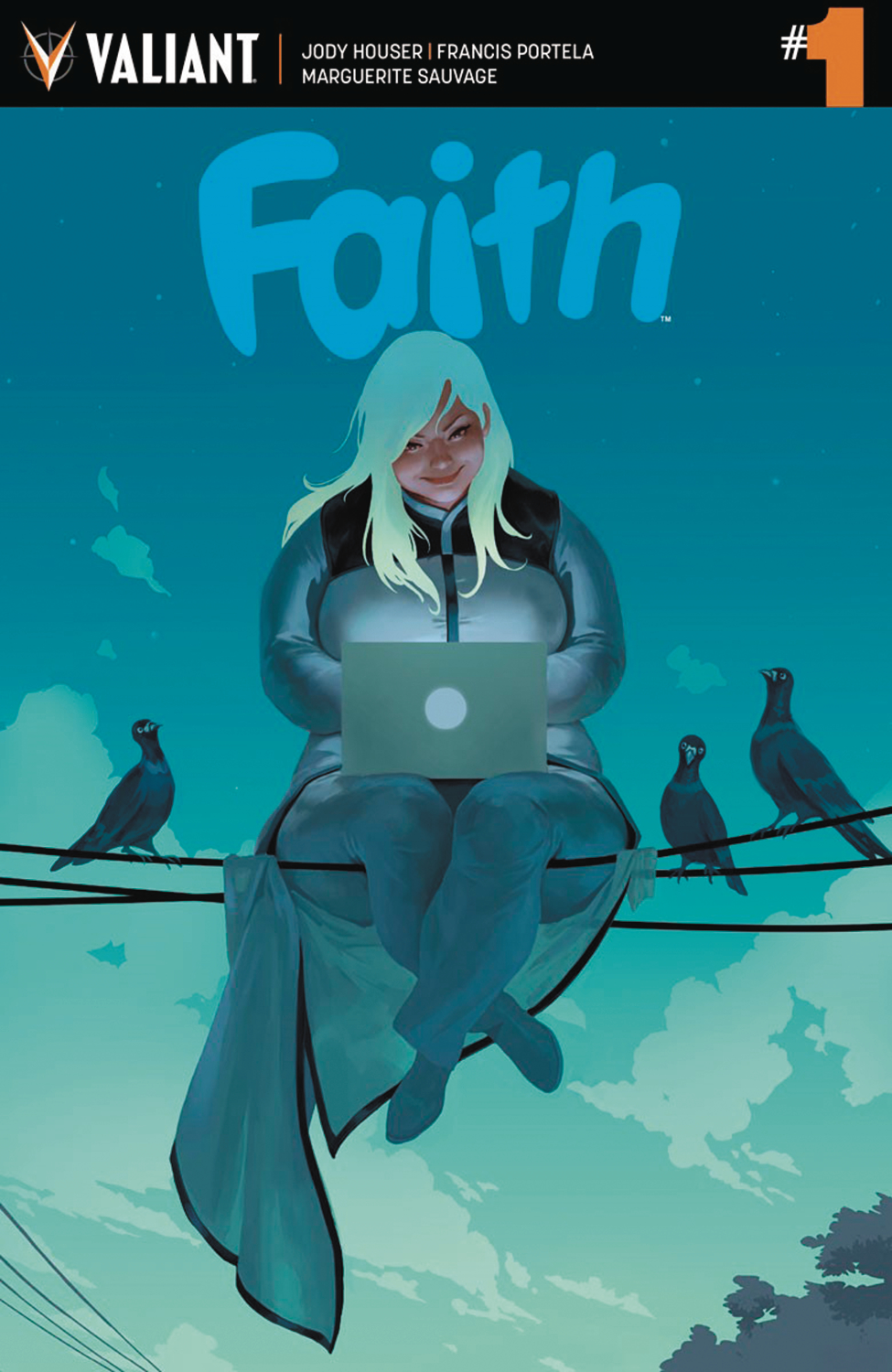 JAN168393
(W) Jody Houser (A) Francis Portela, Marguerite Sauvage (CA) TBD
From Valiant Entertainment. Faith begins! Valiant's most demanded hero steps out of Harbinger ... and into an all-new adventure! Faith Herbert, the psionically gifted "psiot" known as Zephyr, has been a neglected child, a pawn of the Harbinger Foundation, and a washout with the government superteam called Unity. But now she's taking control of her life and becoming the hero she's always known she can be - complete with a secret identity, a codename, and a cover assignment that routinely throws her into harm's way! But flying solo is going to be tougher than she ever thought as she uncovers a deep-rooted alien conspiracy that could destroy human civilization from the inside out! Is Faith out of her depth ... or in for her biggest adventure yet? Rising star Jody Houser (Orphan Black) and red-hot artist Francis Portela (Green Lantern) pilot a new chapter for Valiant's high-flying hero right here in her first-ever limited series! Scheduled to ship 03/30/16. (7644)