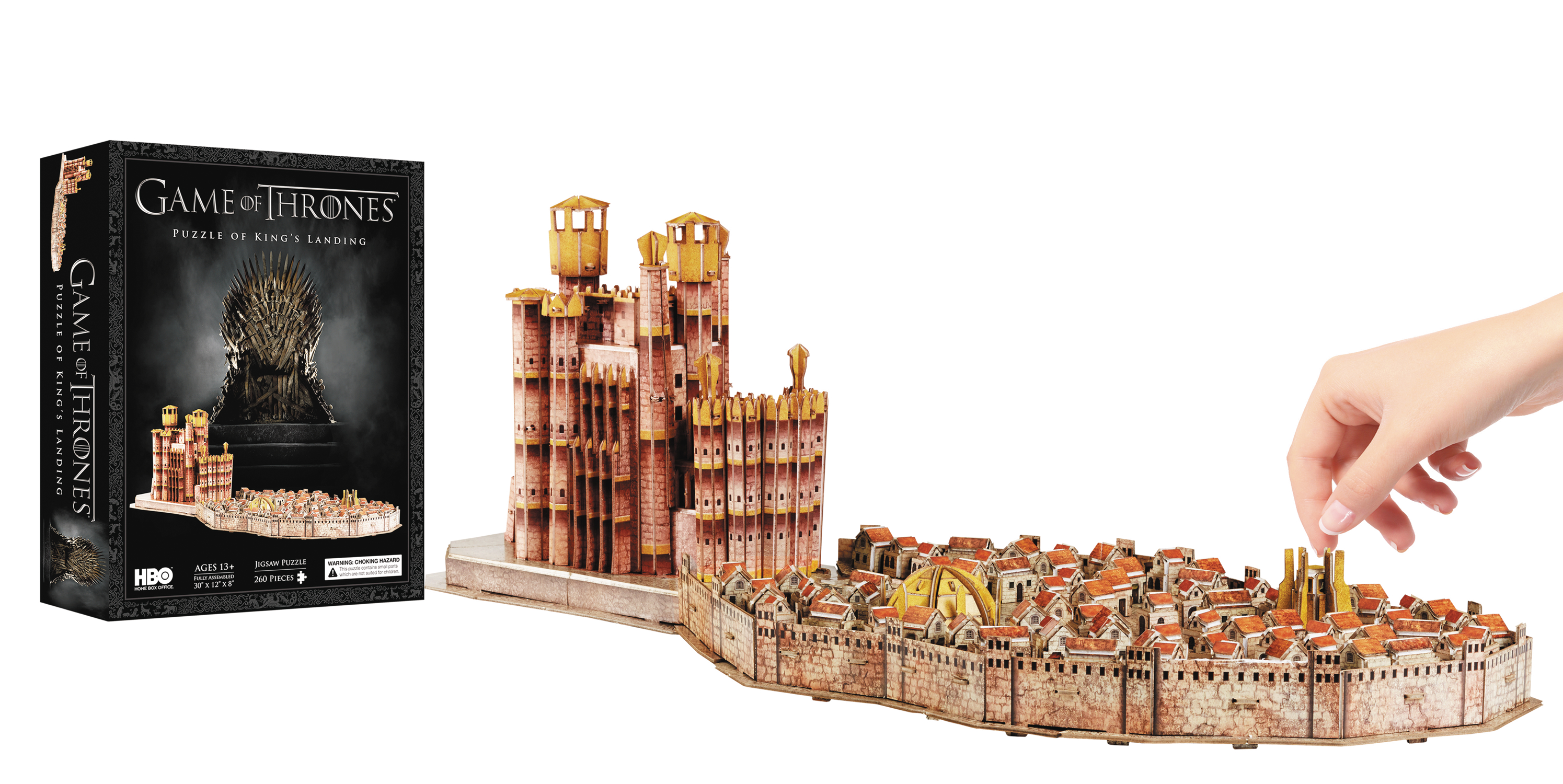 JAN168015
You can now assemble a giant paper puzzle of Kings Landing from popular series Game of Thrones. Situated on the east coast of Westeros, overlooking Blackwater Bay, it is the capital of the Seven Kingdoms. Within the city's Red Keep stands the formidable Iron Throne from which the king rules. Made out of 260 pcs, you assemble the Red Keep and the city. Final assembly measures 30 " x 12" x 8" inches and constructed with paper. It is the ultimate souvenir for the true fans of Game of Thrones! Takes approximately four hours to assemble.