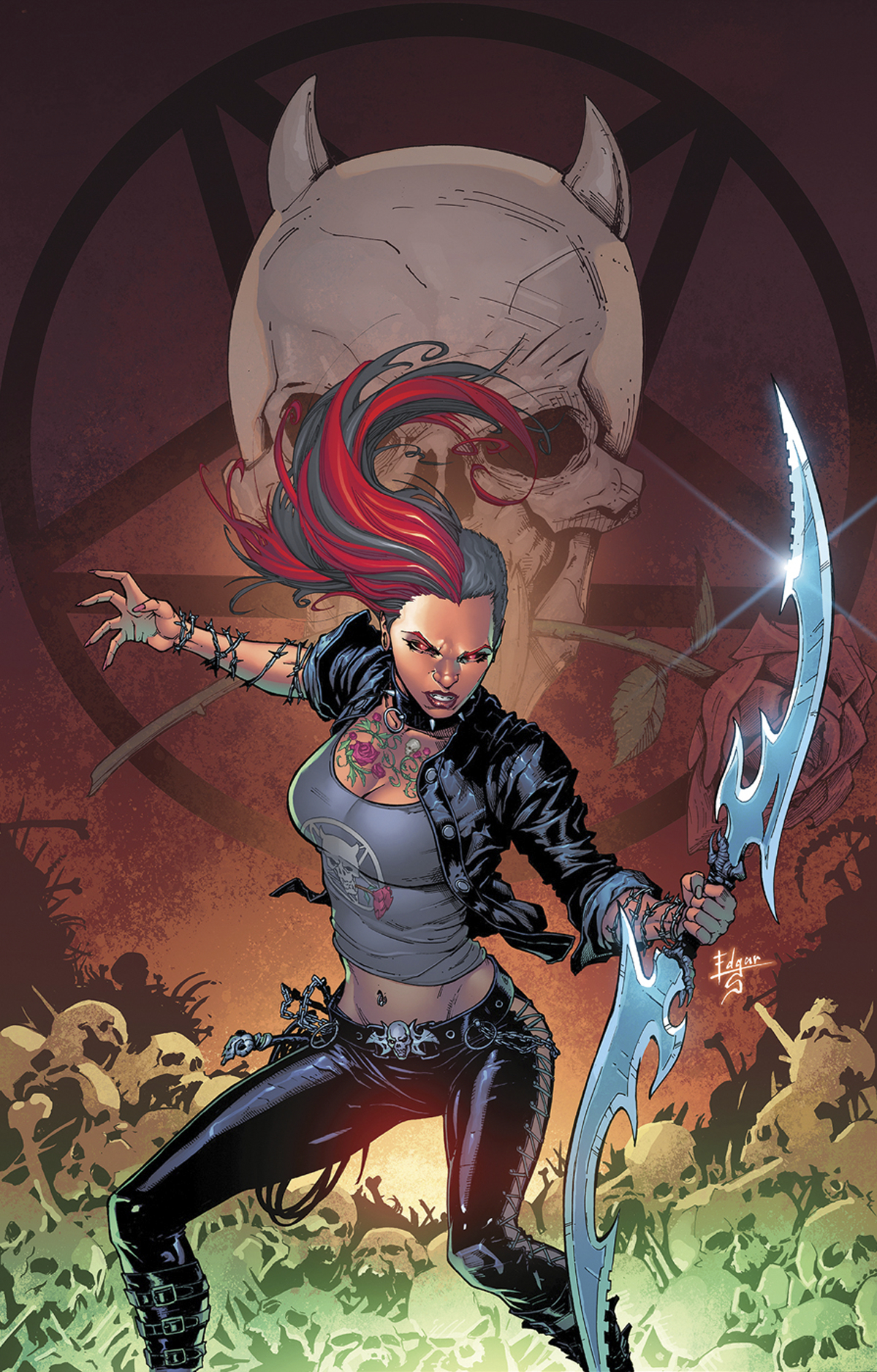 JAN161843
(W) Joe Brusha, Ralph Tedesco (A) Antonio Bifulco (CA) Edgar Salazar
SERIES PREMIERE!
ANGELICA BLACKSTONE is half-Greek god, half-vampire, and she's pissed!
When she is brought back from the dead and given a new lease on life by monster hunter Liesel Van Helsing, Angelica joins a gang of Viking vampire junkies living in the underbelly of New York City. But she has a hell of an ax to grind with her absentee father, Hades, who she blames for her death. All hell is about to break loose!
This March, the newest badass hero arrives in the Grimm Universe... Angelica Blackstone is the Hellchild.
In Shops: Mar 23, 2016
SRP: $3.99
View All Items In This Series