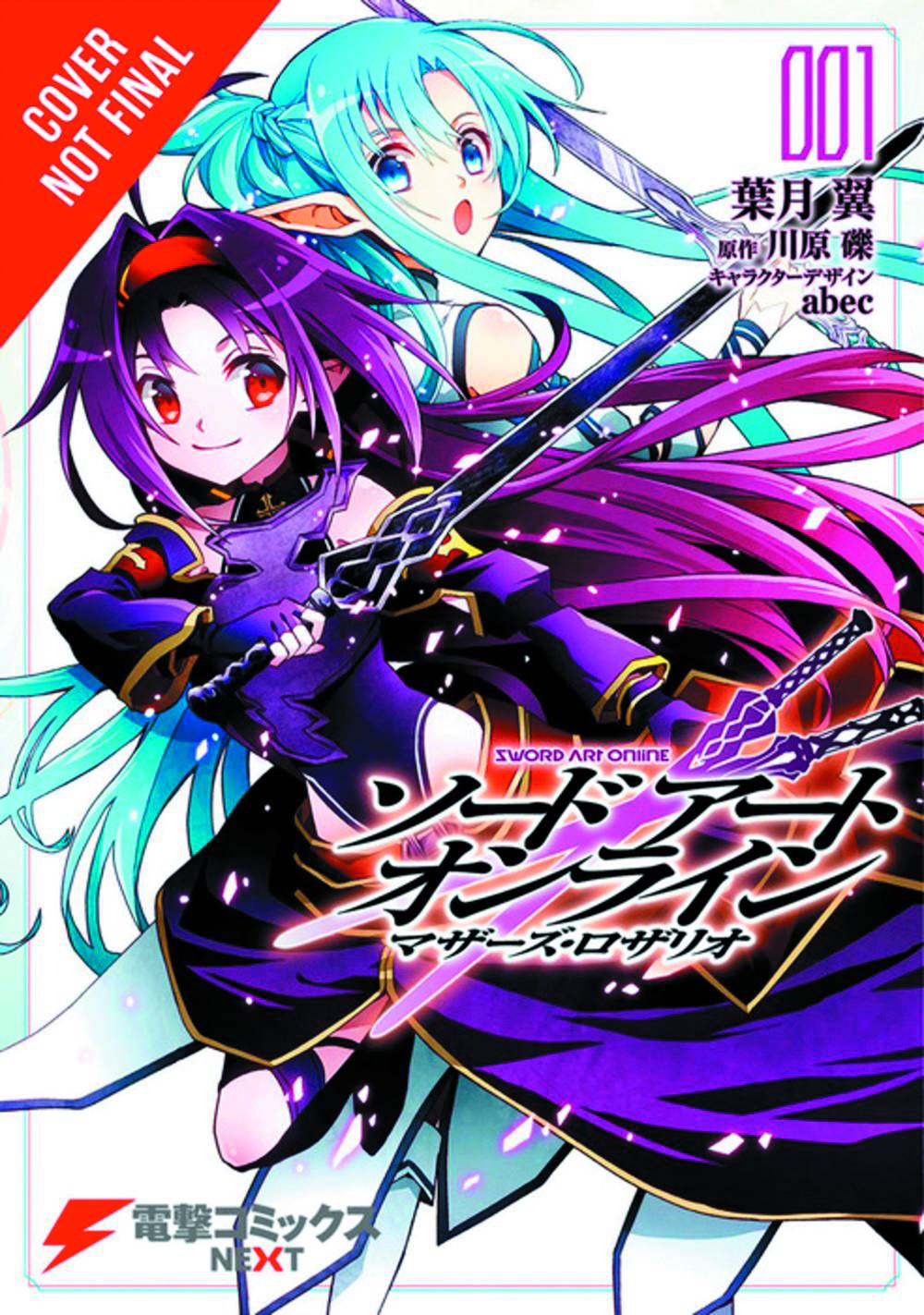 #
JAN161834
(W) Reki Kawahara (A/CA) Tsubasa Haduki
The manga adaptation of the bestselling anime and light novel phenomenon! Kirito and Sinon's battle with Death Gun is over, but mere weeks later, something strange is afoot in the next-generation VRMMO ALfheim Online. A new duelist with a custom sword skill is defeating all comers - including Kirito! But when Asuna goes to face this duelist, she receives something she never expected: an invitation to an exclusive guild! But what is their aim? The Mother's Rosario arc begins!
In Shops: Mar 23, 2016
SRP: $13.00
View All Items In This Series
ORDER WISH LIST