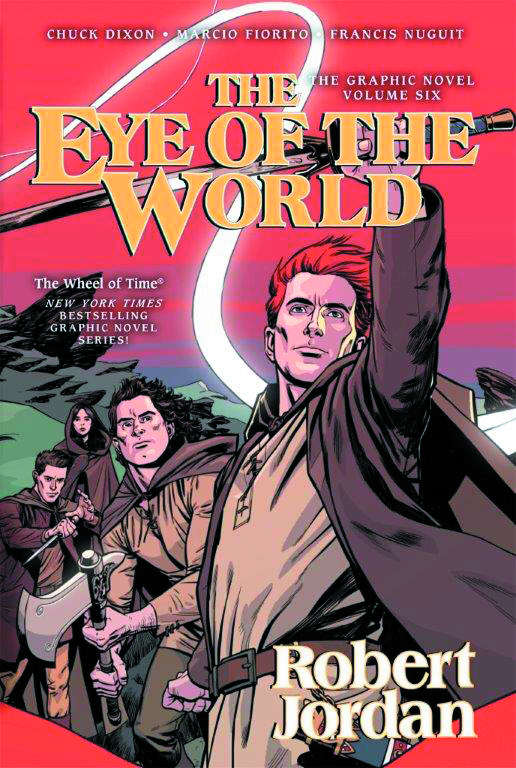 JAN161713
(W) Chuck Dixon, Robert Jordan (A) Francis Nuguit (A/CA) Marcio Fiorito
The sixth and final volume of the authorized, New York Times bestselling graphic novel adaptation of Robert Jordan's international bestseller, The Eye of the World. Rand al'Thor and his companions search for the Eye of the World. When the group reaches the realm of the Green Man, they believe themselves safe. But two of the Forsaken are waiting for them, ready to attack and to guide their dark lord, Ba'alzamon, to the ones he has been seeking! But not until the final moments are they sure which of them the Dark One intends to claim - and whether that one is strong enough to fight back and survive.
In Shops: Mar 23, 2016
SRP: $19.99
View All Items In This Series
ORDER SUBSCRIBE WISH LIST