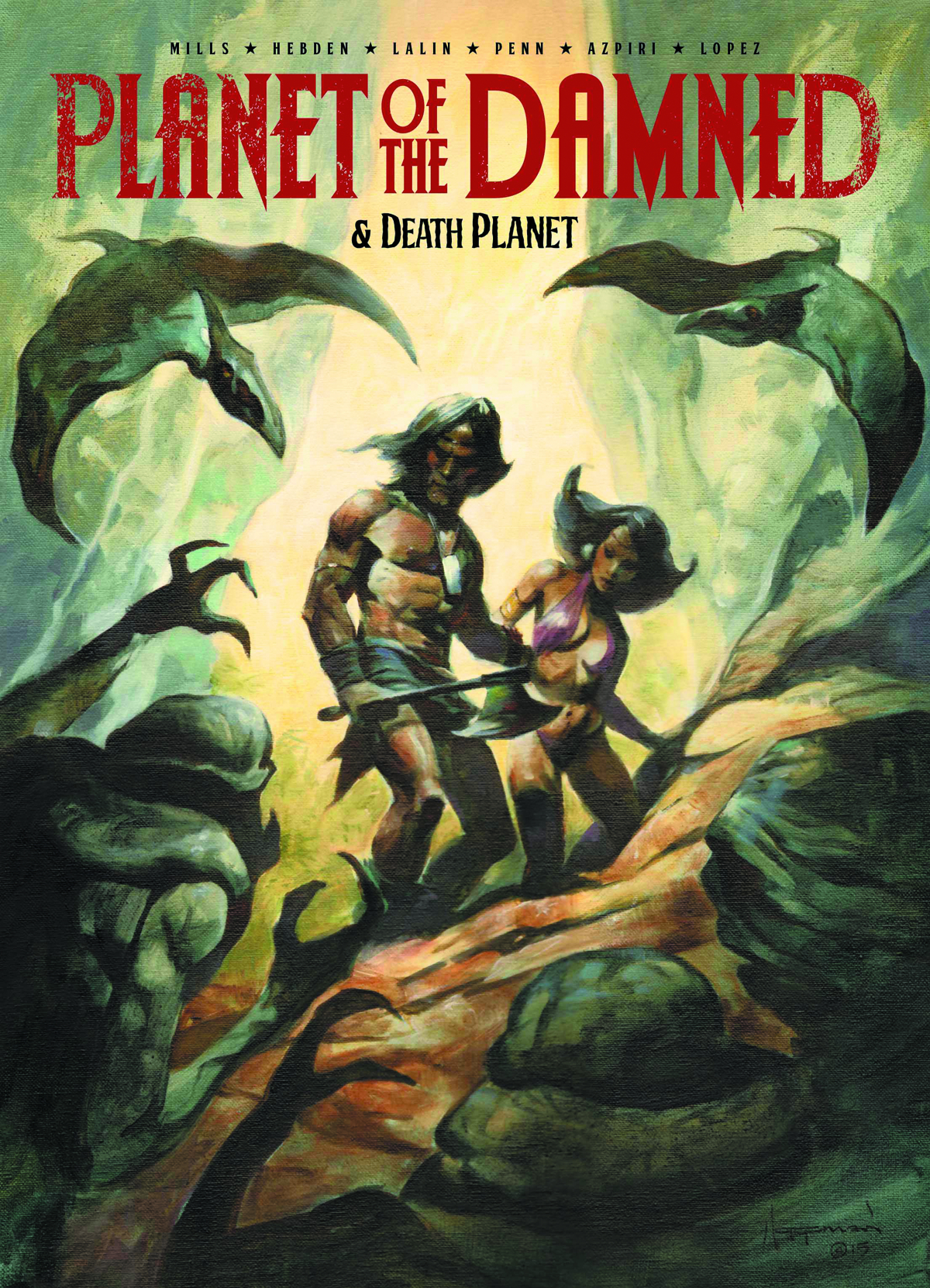 JAN161620
Two twisted classic strips from 2000 AD, never before collected! Beyond the Bermuda Triangle lies a world so hostile to human beings that those stranded there know it as "The Planet of the Damned!" When a jet crashes on this treacherous world, the survivors find themselves being relentlessly attacked by all forms native flora and fauna. Fortunately they are discovered by Flint, another human stranded on this world. With their axe-wielding guide in taking charge, some of the survivors may just find a way to return home alive! In "Death Planet," it's the 23rd century and the starship Eternity sets out from Earth carrying a cargo of colonists bound for new lives on distant worlds. When the ship is knocked off course, crashing on an unknown alien planet, Commander Lorna Varn and colonist leader Richard Cory must set aside their differences and work together to keep everyone alive!
In Shops: Mar 23, 2016
SRP: $17.99
ORDER WISH LIST