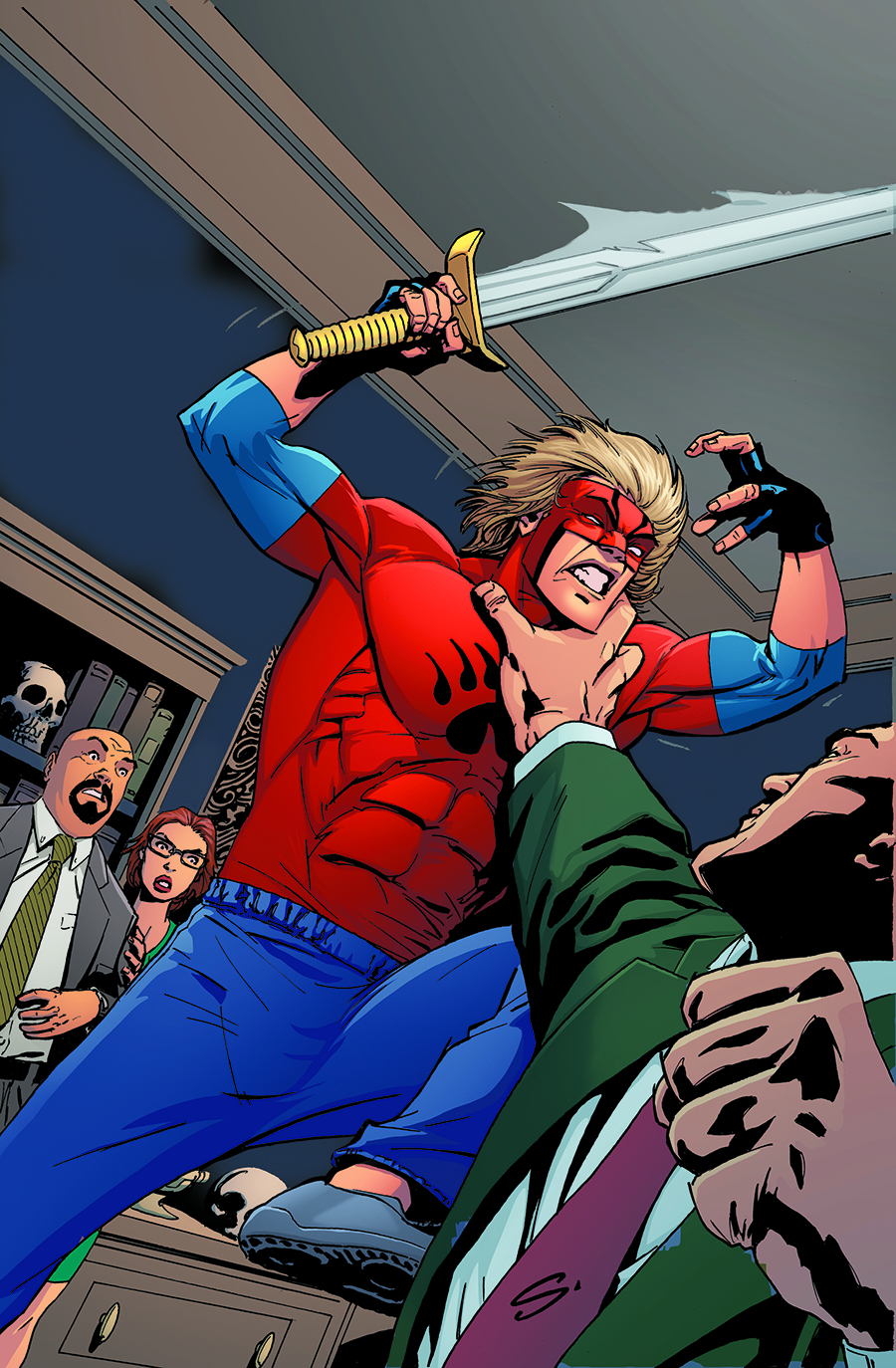 JAN161386
(W) Mike Baron (A) Tony Akins, Val Mayerik (CA) Stephen Scott
Norbert Sykes (alias Badger) gets sprung from the asylum thanks to the influence of his new best friend, Hamilton Thorndyke, a 4th Century Druid wizard. The housewarming at Ham's new castle is spoiled by a Russian invasion. It seems the world's balance of power is shifting and Ham has a deadly new rival, Vladimir Putin! Good thing Ham has a trusty and no less deadly guard-dog, The Badger! Standard cover by Stephen B. Scott! Pulse-pounding Retailer Incentive Variant wraparound cover by Tony Akins!
In Shops: Mar 23, 2016
SRP: $3.99
View All Items In This Series
ORDER WISH LIST