WILL EISNER SPIRIT #9 CVR A POWELL 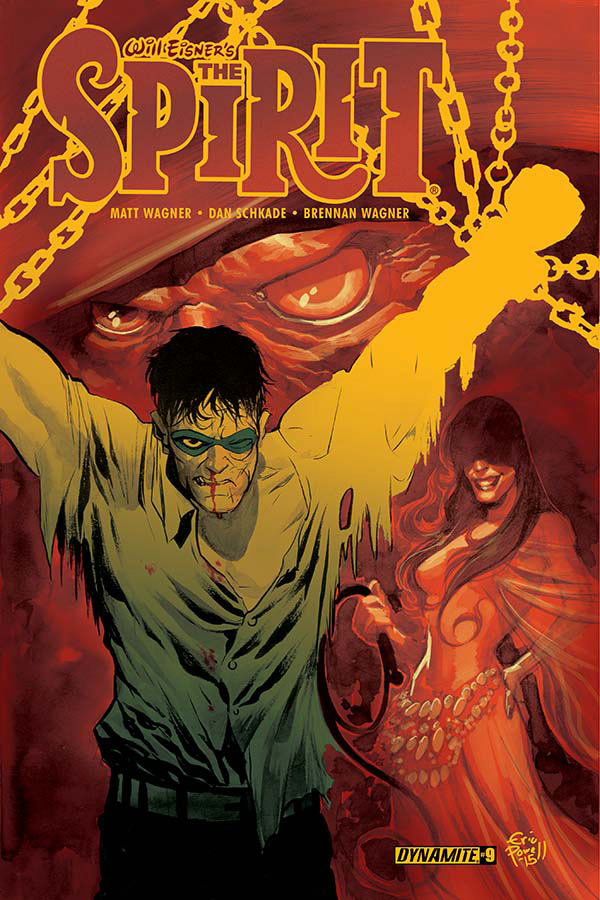 JAN161378
(W) Matt Wagner (A) Dan Schkade (CA) Eric Powell
As yet another piece of the mystery surrounding The Spirit's lengthy disappearance is revealed, our heroes find themselves confronted with a violent attack at the hands of hired gun Pinky Fingers.  The Spirit barely avoids the assassin's bullet... but are his friends so lucky, as well? Central City proves to be no refuge from the long and deadly reach of the international crime-lord, Mikado Vaas! This critically-acclaimed revival of legendary comic creator Will Eisner's most iconic character is helmed by Eisner Award-winning writer Matt Wagner and the fresh visual team of artist Dan Schkade and colorist Brennan Wagner.
In Shops: Mar 16, 2016
SRP: $3.99
View All Items In This Series